The General Secretary of the Communist Party of Turkey (TKP), Kemal Okuyan, writes on the "normalization" process in Turkey's bourgeois politics 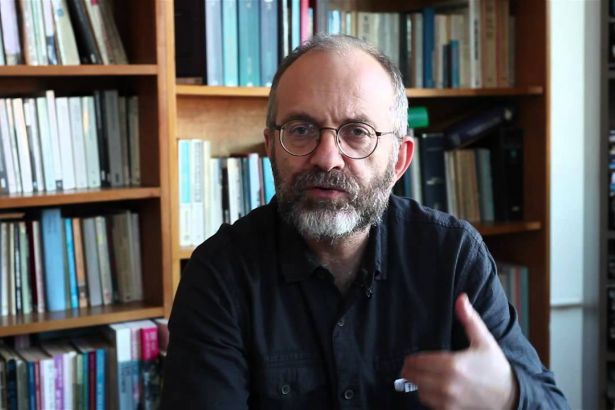 It resembles the game "loves me, loves me not": Erdoğan normalizes and normalizes not. Is he going to choose to repeat the elections or not? Turkey is waiting for Erdoğan's decision!

How then is Erdoğan creating more tension instead of "normalization" despite the expectations that emerged immediately after March 31, and despite some clues?

We've already described the oddities involved in the term "normalization". They use normalization to refer to the tendency of making AKP a part of a broad coalition as the popular support is decreasing and the internal contradictions are deepening. And it also means keeping Erdoğan at the top of this coalition with more limited authority than today.

The capitalist class wants this; the European Union, [main opposition] CHP, [CHP's ally ultranationalist] İyi Party, some important names in AKP, Ahmet Davutoğlu and Abdullah Gül... All of them want this. Of course, each of them has their reasons and normalization formula of their own, but these difference are only details after a certain point.

So we can go back to our question: If Erdoğan is not as powerful as people might think, why is he turning down a road map of such a broad consensus only by the pressure of a few people near him (and those few are in fierce competition with each other)?

He is not turning down, he cannot!

What he is doing is to impose his own normalization!

Because Erdoğan has two cards in his hand and the others have only one. Erdoğan pretends to have the option of accepting or rejecting the normalization demands, but for the others, there is no option other than normalization.

There's no actor to do it anyway. Kılıçdaroğlu was one actor, now they became two with İmamoğlu on stage. They have a political style that says every cloud has a silver lining and never draws a red line. It becomes more visible when we add Abdullah Gül's "uncolored" political moves. In Turkey, the opposition seeking normalization has put itself in such a way that it is not possible to maneuver or to go back.

Erdoğan noticed this and started to impose his philosophy of ”normalization" upon the alliance saying "please normalize". Here, he surely knows his limits and that the trump card in the hands of the other side is the economic crisis. But he is saying "I do not care if you don't buy" to his counterparts who are ready to buy normalization in order to persuade them to pay a higher price.

It is understood that the Istanbul elections included in this price. At least Erdoğan came to the point he asks "Should I try?" In the meantime, it became clear that the opposition will not prefer boycott in the case of repetition of the elections despite it would be the only logical policy to follow. Therefore, Erdoğan can continue from this point. There is no difference between the thoughts of "İmamoğlu will win with a big difference anyway" and "AKP will find a way not to lose Istanbul". Because politics is not only an outcome but a process, too. From the moment that Erdoğan realized his opponents have no strategy other than normalization, he went on to play with the time and direct the process. And he tries to get rid of the normalization-freak opposition after he renews the relations with the main actors of the process, the capitalist class and imperialists.

In this picture, who is strong and who is weak is a very complicated matter. And after a certain point, it is not important; because there will be no progress in the shares of the people from the conflict around normalization. There is a visible crisis of bourgeois politics and this crisis works only if it results in organized working people and strengthens their independent political line.

Normalization moves of Erdoğan: Whose call?