Turkish Ministry of National Defense announced that 5 soldiers were killed and 5 were injured after artillery attack by Syria in the north of Idlib. 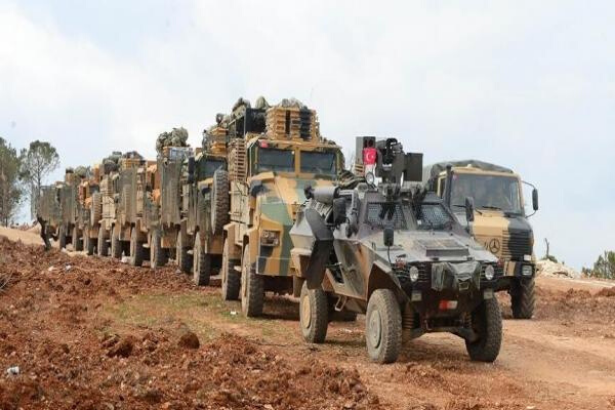 Turkey had shipped hundreds of military vehicles to Idlib last week. Sources close to jihadists reported this morning that the jihadists launched an operation against the Syrian army with the support of the Turkish Armed Forces.

“What is striking about the Turkish reinforcements... are their size and the nature of the weapons, all within a week, This is unprecedented,” said Turkey-based Syrian military defector general Ahmad Rahhal, as Reported by Reuters.

Some sources close to the Syrian army have claimed that the Turkish Armed Forces rocket fired from the Taftanaz base to army positions in Seraqeb and the Syrian army responded in return.

Presidency's communications president Fahrettin Altun said after today's clash that "Turkey retaliated the attack, the enemy targets were eliminated immediately and the blood of our martyrs was not left on the ground."

The Turkish forces were responded after the attack on the Taftanaz base, Reuters also reported. The injured are reportedly taken from the region by helicopters and transferred to Turkey's Hatay.

Last Thursday, it was reported that the Syrian army entered the town of Serakib, 15 km east of Idlib city center and located at the junction of the M4 motorways between Latakia and Aleppo and the M5 motorways between Latakia and Damascus. After the clashes with the militants of Al Nusra, the Syrian army completely took control of the town and started mine clearance operations. Turkish Armed Forces, on the other hand, has 3 observation points in Seraqeb.

Turkish and Russian officials met in Ankara for talks. A Turkish diplomat said the delegations held two hours of discussions, their second meeting in three days, without giving details on the outcome of Monday’s session, according to the sources.