"The dollars that were sent to the Isle of Man are as dirtier as the profits made from the plundering of Tüpraş, Telekom, Sümerbank, Seka and others. And these pieces of dirt are connected to, associated with each other. The order in Turkey and the world has connived in Erdoğan and his circle getting extremely rich over the years 'in return for service.' It is hypocritical to wave bank receipts without questioning this" 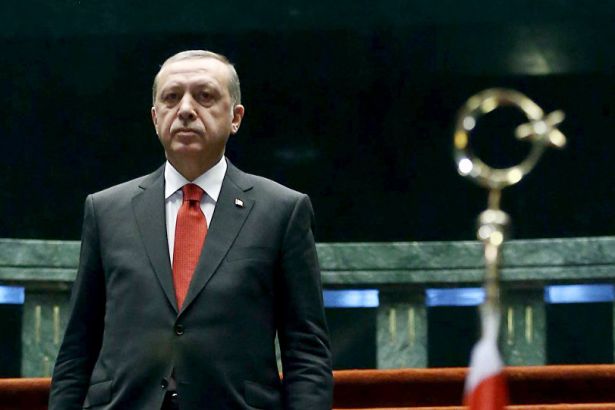 Kemal Okuyan, General Secretary of the Communist Party of Turkey and soL columnist, wrote on the case of Iranian-Turkish tycoon Reza Zarrab in the U.S. and the Isle of Man off-shore documents revealed by main parliamentary opposition party leader Kemal Kılıçdaroğlu. Gold trader Zarrab with ties to Turkey's President Recep Tayyip Erdoğan on Wednesday took the stand in federal court in Manhattan and testified that he paid jaw-dropping bribes to a government minister to beat the economic sanctions against Iran and make him a fortune.

CHP leader Kılıçdaroğlu on Tuesday revealed that Erdoğan's family made transactions worth around $15 million to an off-shore company called Bellway Limited in the tax haven Isle of Man in December 2011 and January 2012.

Erdoğan was a name whose way was paved by money possessors to create a more suitable Turkey for themselves; in fact, yes, [Turkish president] Erdoğan was a project.

Money possessors, domestic and foreign monopolies or more precisely, international monopolies piled up all their power at Erdoğan’s back. As some of them became fundamental elements, some contributed to this sinister project as "compatible" elements. Count here liberals roaming around as so-called leftist as well as accomplices who don’t drift apart from this gang.

Erdoğan and the power behind him fulfilled their mission. They got rid of everything left from 1923 [foundation year of the Republic] in the Republic of Turkey, which has been crumpled over the years and was fouled by marketism, Natoism and anti-communism; they eased money possessors.

However, there is a big problem in Turkey or the world that the capitalist class can’t solve no matter what they do: Today’s order, namely capitalism, doesn’t have a future. Erdoğan’s project was successful while "demolishing" but what will be introduced instead?

Erdoğan had an arbitrary solution: Resurrecting the Ottoman Empire in the 21st century!

However, Erdoğan had benefitted from Neo-Ottomanism while performing destruction on behalf of the class that keep hold of money and wealth. In foreign policy: redetermining or rather bedimming of borders, Panislamism, free zones, private armies, tribalisation... In internal policy: lawlessness and religionisation... In economy: an order of plunder which is controlled by a gradually tightening team or the Erdoğan family and crushes the working people in all cases...

This was how it was when things were going well but when this fantasy hit a brick wall, it would be necessary to control the leading actor who had been over-empowered for the sake of the project to persuade them into a humble role. However, neither all the dirt created at home and abroad nor billions of dollars that were accumulated in the family and spread around the world not fitting in shoe boxes could have been subject to control.

Adding the chaos in the U.S.-Russia-China-Germany equation to top it all, the idea of controlling Erdoğan was replaced with a strategy to bring him to his knees or to get rid of him if the first can’t be done.

The U.S. weighed in the project; Washington weighs in the current strategy too. But only a weight... Those who persistently want to narrow down the issue to American imperialism are those who want to cover up other big actors of that network of benefit. Imperialism is a multilayer system; its internal contradictions don’t change the truth that it has integrity. Moreover, internal contradictions in the imperialist system can't be understood through looking at political maps showing country borders. Just an example: in Putin’s Russia, arm wrestling with the U.S. today, there are large capitalist groups whose interests are closer to that of American monopolies.

As a tendency, the world system can’t work with this Erdoğan. If he attempts to perform a big manoeuvre to transform into a "compatible" actor (for which he looks for a way), Erdoğan won't be like he used to be.

The point the Zarrab case got to and the documents [main parliamentary opposition leader] Kılıçdaroğlu did and didn’t reveal show that Erdoğan has already delayed in performing this manoeuvre.

No one should have doubt, the case and the documents are a part of the same operation. They won't give Erdoğan permission to play this much with the balances in the imperialist world, even with the intent of negotiation.

There is still an ongoing discussion around the term FETÖ [Fethullahist Terror Organisation]. Arrest warrants for hundreds of soldiers have been recently issued again. What did we say? There isn't an organisation in the strict sense. Let me say more clearly, Fethullah Gülen [a mastermind of July 2016 coup attempt] was the combining element of the big power positioned at Erdoğan’s back at one time and Rasim Ozan Kütahyalı [pro-government columnist] was absolutely right in saying "We couldn’t have created the new Turkey if he [Gülen] hadn’t existed." There isn’t an organisation here in the sense we understand; imams, sisters, etc. are its “technical” aspect which is of course not unimportant. If this term is to be insisted on, then let me say, everyone gathered behind the Erdoğan project is pro-FETÖ. Those who make fun of “the followers of the whiny imam [Gülen]” should stop and think for a while.

Now, it is nonsense to link the moves to clear up what is left from the Erdoğan project to FETÖ in the strict sense. The bosses of Turkey are some of the significant names of the [ruling party] AKP. Germany and the U.S. and more quietly as always, England want to end the dance of Erdoğan. They will either fix him on the ground or more probably, they will stop the music. We wrote before that S-400s hadn’t been produced to protect Erdoğan; it is a big myth that the escape way which Putin will offer to Erdoğan is completely open.

When AKP was coming into power in 2002, we drew attention to the project and call out for the struggle against this. Emphasising that this struggle never means defending the existing order or previous governments. Some were in the mood of "Just you wait till AKP overthrows the military tutelage." That mood has been a very long mood and was recorded in the history of leftism in Turkey as a black mark.

And now, "Just you wait till Erdoğan goes"-sayers have appeared. Majority of these were saying "Let’s give way to AKP" in 2002...

Turkey has lost its 15 years partly because of this mentality.

Any strategy which doesn’t drift apart from money possessors, imperialism and monopolies, is illegitimate. We won't close our eyes to the revealed corruption documents for this reason. We also didn't close our eyes four years ago; these are known to us. Erdoğan must undoubtedly and immediately resign, as well as his companions...

However, if we can't simultaneously and vigorously create the will to settle the score with those who built and made piles behind the AKP project in the past, poor poor pitiful Turkey...

The dollars that were sent to the Isle of Man are as dirtier as the profits made from plundering of Tüpraş, Telekom, Sümerbank, Seka [former state-owned, now privatised companies] and others. And these pieces of dirt are connected to, associated with each other. The order in Turkey and the world has connived in Erdoğan and his circle getting extremely rich over the years "in return for service." It is hypocritical to wave bank receipts without questioning this.

Furthermore, the opposition performed with the claim that "He drifts Turkey apart from the western alliance" is giving Erdoğan a medal.

As long as Turkey doesn't settle the score with religious sects, with Gülen, Erdoğan, the Koç and Sabancıs [Turkey’s two big capitalist monopolist families] as a whole, it will be in the position of a cat chasing its own tail.

We mustn't keep quiet; we must get organised and not submit... And we mustn't give support to imperialist projects saying "Just wait till..."

This is what fits well to our people.