Election message from Erdoğan to newspapers: "Our democracy has won"

The ruling party AKP made President Erdoğan's message on the June 23 elections published in Turkish newspapers: "National will has been revealed once again, our democracy having a solid basis has won again" 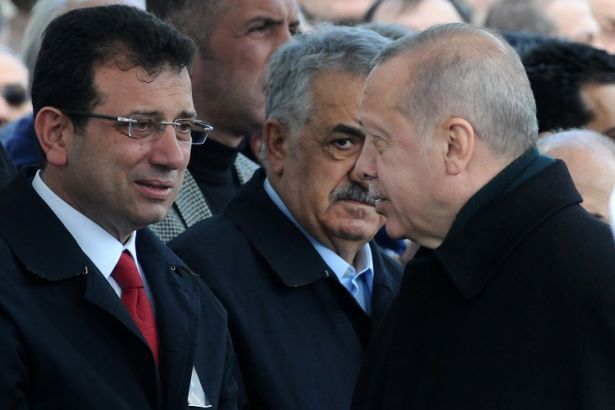 Turkey's President Erdoğan has released a message on the recent Istanbul elections resulted in opposition candidate's victory after the annulment of March 31 elections.

"National will has been revealed once again, our democracy having a solid basis has won again," Erdoğan says in the message.

"As the AK Party, we will walk towards our 2023 goals in unity within the framework of the principles of the people's alliance without compromising from democracy, the rule of law, peace, welfare and stability of our country. Today we are on the verge of a new era," the message adds.

Erdoğan's "moderate" message acknowledging the election results and focusing on "democracy" seems to conflict with the aggressive moves on not losing Istanbul after the first electoral defeat.

Turkey's top capitalist organization TÜSİAD also signaled a need for "normalization", stating before the redo elections that Turkey has been in an atmosphere of local elections for a long time and this situation damages the Turkish economy.