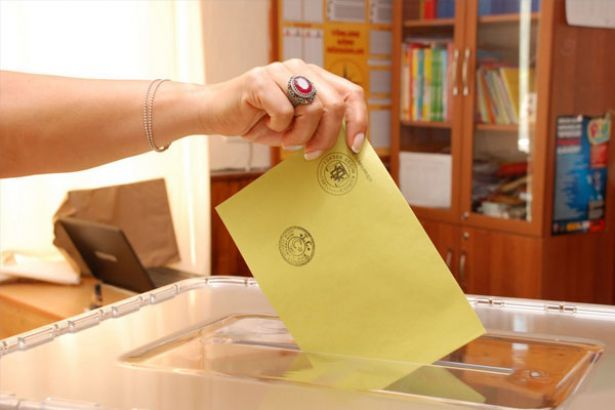 Turkey’s Supreme Electoral Council (YSK) announced on January 2 the electoral calendar, including the participating political parties, for the local elections that were set to be held today, on March 31, 2019.

13 parties, including the Communist Party of Turkey (TKP), are eligible to participate in the local polls, through which metropolitan and district municipal mayors, as well as provincial and municipal councilors, will be elected in all 81 provinces of Turkey.

The latest local elections were held five years ago on March 30, 2014.

The past few elections ended in the AKP and the MHP winning after getting slightly more than half of the votes.

The pro-Kurdish HDP presented mayoral candidates in cities and districts where Kurdish population is dense and tended to announce support for the Nation's Alliance against the ruling AKP, without running active electoral campaigns. HDP will run in 13 cities in total.

TKP: "WE ARE NOT IN THE SAME BOAT"

TKP announced its electoral bulletin and candidates for the elections on February 11. The Communist Party of Turkey (TKP) has announced that the party would be the one and only political party that truly represented the working people of Turkey in the local elections.

TKP candidates are running for mayorships of 81 cities and 85 districts. The party presented three women candidates in the three biggest cities, Ankara, İstanbul, and İzmir.

Turkey's communists run electoral campaigns actively in the biggest cities and some other cities and districts including Dersim (Tunceli) and Hacıbektaş, with the claim that the people of Turkey have an alternative other than the bourgeois parties. The party has also worked actively to organize votes for the elections of municipal council members in order to send representatives of the working class to the councils that turned into influential committees for the plans of the capitalists in cities.