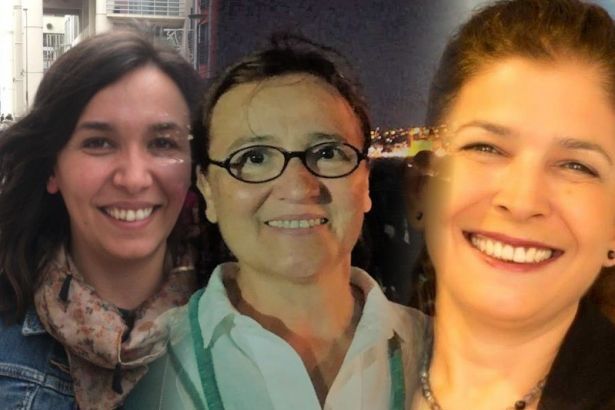 Communist Party of Turkey (TKP) had officially announced its electoral bulletin and presented its candidates to run in different cities and districts of Turkey in the upcoming local elections, in a press meeting in Ankara's Nazım Hikmet Cultural Center on February, 10.

"ANKARA TO BE A CITY OF EQUALITY AND FREEDOM"

Stating that Ankara is a city which hosted seven civilizations throughout the history and has always been the capital of the republic, Fatma Korur said that she decided to be a candidate for not letting the city lose its memory anymore and to let its residents benefit from the facilities of Ankara equally and free of charge.

Korur pointed out that there is a lot to be done with a local government that has no rent-seeking activities and that eliminates the officials' personal expenses from the government budget. She explained that people can benefit equally from basic rights such as transportation, water, health, and education.

Answering the question “Why TKP?”, Korur stated “Because it is a political party that fights for the goal of socialism…and does not talk about money but about labor.”

"WE ARE NOT OBLIGED TO THE LESSER EVIL"

Senem Doruk İnam, who said that she is a candidate for being able to explain that no one is condemned to this order and for being the voice of people in an electoral process in which the voters have been forced to choose between right-wing politicians.

"I'm a young woman, a communist, who has not given up on her country. I believe that we are not condemned to an order that produces constant evil, ignores human, glorifies money, and takes the future of young people and women's rights away from their hands", she said.

İnam pointed out that TKP is the only party that represents humanity, good, and equality in the March 31st local elections. “It is the only real option against those who condemn our people to the lesser evil. That is why I am a candidate for TKP," she added.

"ORGANIZED PEOPLE WILL DESIGNATE THE FUTURE"

Pointing out that the working class people should be active in politics, Zehra Güner Karaoğlu stated “They market elections as “democracy“. But we know that there is no democracy in this system, there cannot be. The election rules are set so that the bosses can do politics. It is not possible for the workers to be elected or run as candidates.”

Karaoğlu emphasized the fact that TKP is the one who has fought in all areas against the small minority which holds the wealth of the country and stated “TKP does politics without covering its identity; it fights for a country that the working class will govern.”

TKP's candidates will be running for mayorships of 81 cities and 85 districts in the upcoming local elections in March.