The European Court of Human Rights (ECHR) has fined the Religious Affairs Directorate, or Diyanet, of Turkey 54,000 euros for religious discrimination against Alevis 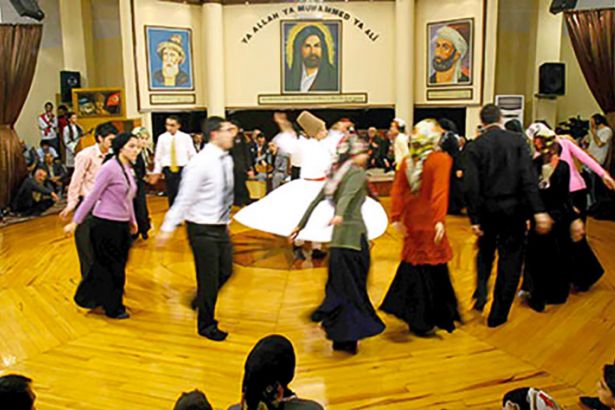 The ECHR condemned Turkey's Religion Affairs Directorate after the complaint of the Foundation for Republican Education and Culture (CEM Foundation), which had requested an exemption from electricity bills for the cemevis, the houses of worship of Alevis, run by the foundation in 2006. Religious Affairs called Diyanet had rejected this demand on the grounds that "Alevism is not a religion, Cemevis are not houses of worship."

Making up about 15-20 percent of Turkey's 76 million people, Alevis practising distinct rituals which can put them at odds with their Sunni Muslim counterparts, many of whom accuse them of heresy.

The foundation had demanded exemption from electricity bills for a cemevi in the Yenibosna district of İstanbul in 2006 but the demand had been rejected despite the fact that the mosques are exempted from such bills. The appeal of the foundation was rejected, as well, in 2008.

The foundation took its complaint to the ECHR in 2010, for being deprived of the exemption since Turkey refuses to recognise cemevis as places of worship.

The ECHR arrived at the conclusion in 2014 stating that the refusal of the demand of the CEM Foundation is "violation of the right to freedom to religion" and "discrimination".

The court had decided to postpone the application of the decision. Diyanet is condemned to pay 54 thousand euros to the CEM Foundation according to the decision of the ECHR.

Despite the fact that the ruling Justice and Development Party (AKP) has paid the fines due to similar cases until now, the government does not apply the ECHR decisions.

In 2014, the ECHR had ruled that Turkey's compulsory religion course violated the European Convention on Human Rights article regarding the right to education, and urged Turkey to switch to a new system. However, the decision has not been applied.

More recently, Turkey's Interior Minister rejected the appeal by lawyers from the Enlightenment Movement of Turkey to ‘remove the religious affiliation section from new IDs’ since it violated the principle of secularism. The Ministry’s rejection was not in accordance with the European Convention on Human Rights, the resolutions of the European Court of Human Rights and the Turkish Constitution.

'Religious affiliation must be removed from IDs'