At a public hospital in İstanbul's Güngören district, a dentist started to say 'Allahu akbar' during the treatment. When the shocked patient asked the dentist "whether he was praying or carrying out anaesthesia", the dentist compelled the patient to go to a private hospital 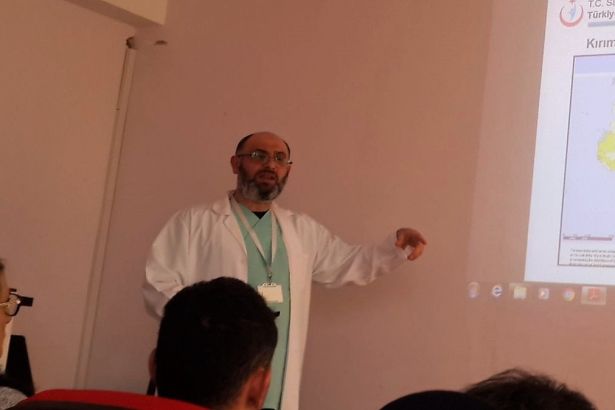 Daily practices show that the “transformation in health” led by Turkey’s ruling Justice and Development Party (AKP) corresponds to market-oriented and religious implementations in the field of health.

A patient who went to an oral and dental health centre in İstanbul’s Güngören district experienced an unusual situation. During the anesthetization for the root canal operation, dentist Erdinç Şenyüz started to say “Allahu akbar” suddenly. Shocked by the dentist’s Islamic ceremony during the treatment, the patient responded, “Mr doctor, are you praying or carrying out anaesthesia?”

Upon the patient’s reaction, dentist Şenyüz started to quarrel, saying, “It is up to you, if you do not prefer here, you may go to a private hospital!”

RELIGIOUS PRACTICES IN FIELDS OF HEALTH AND EDUCATION

Talking to soL News about this shocking experience, the patient said: “It is unpleasant to see a dentist carrying out treatment with such religious expressions and ceremonies as saying ‘Allahu akbar’ at a state hospital. No matter what religious affiliation he has, a dentist should not practice it during a civil service. It is a market-oriented approach for him to say, “Then go to a private hospital,” when I reacted the situation. The same is also seen in the field of education. They tell us to send our children to private schools if we do not want religious impositions at public schools. This case shows how market-oriented and religious implementations are intertwined.”

Under the rule of President Recep Tayyip Erdoğan’s AKP party government, Turkey has witnessed Islam-based practices particularly in the fields of health and education.

Reactionary petition for separating women and men in medical faculty

The Ministry of Health in Turkey getting further away from science