The U.S. Ambassador to NATO said Washington is worried about S-400 agreement between Russia and Turkey 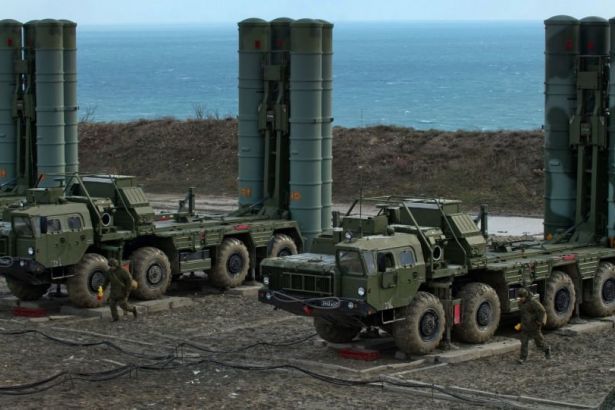 Kay Bailey Hutchison, the Permanent Representative of the U.S. to NATO, issued statements regarding the contract between Turkey and Russia on the delivery of S-400 air missile defense systems in a teleconference with reporters on February 13.

"We are very concerned about any kind of Russian missile defense in one of our alliance countries. The whole alliance is concerned about this situation, and we hope that Turkey will make the right decision and look for another system,’’ Hutchison said.

Calling on Ankara to halt the purchase of S-400 air defense system from Russia, Hutchison also noted: "If Turkey does purchase Russian arms, it could put at risk the types of defenses other NATO allies could have in the country, affect the interoperability of defense systems and violate security and intelligence among alliance members."

Last December, Moscow, and Ankara agreed on the purchase of the S-400 missile defense systems, paving the way for a beginning of a new phase in Russian-Turkish relations including cooperation in different fields of political and economic issues.

The purchase of the S-400s agreed last December was regarded by the two sides as a significant step in Russian-Turkish relations and cooperation in other areas of policy also seems to be intensifying.

The U.S. administration has objected to Turkey’s purchase of S-400s from Russia, claiming it would give Moscow a too close view of NATO operations. According to a report published in the Wall Street Journal, Russian air defense missile systems typically receive data from satellites as well as aircraft to detect attacks. The U.S. officials noted that the installation of the S-400 defense system on Turkish bases would also give Russia the opportunity to access significant data about radar-evading F-35 fighter jets.

NATO: "WE ARE PLEASED WITH THE COOPERATION BETWEEN TURKEY AND THE U.S. IN THE NORTHERN SYRIA"

Meanwhile, NATO Secretary General Jens Stoltenberg said in a press conference just before the Defense Ministers meeting in Brussels that Turkey is an important ally in the fight against terrorism in the south, noting that ‘‘We are very pleased with the cooperation between Turkey and the U.S. in the northern region of Syria.’’

"We witness in the NATO meetings that Turkey and the U.S. talk over the improvement of the cooperation in Syria in the bilateral negotiations. We expect this to happen at the meeting tomorrow (on Feb. 13)," he stated.

Turkey will be represented by Hulusi Akar, the Minister of National Defence, in the NATO Defense Ministers meeting to be held in Brussels, the capital of Belgium.