Turkey’s decision to buy Russia’s S-400 air defence system as a NATO member has created a great controversy. But, what are the technical specifications of S-400? Why is Russia selling this system to Turkey? 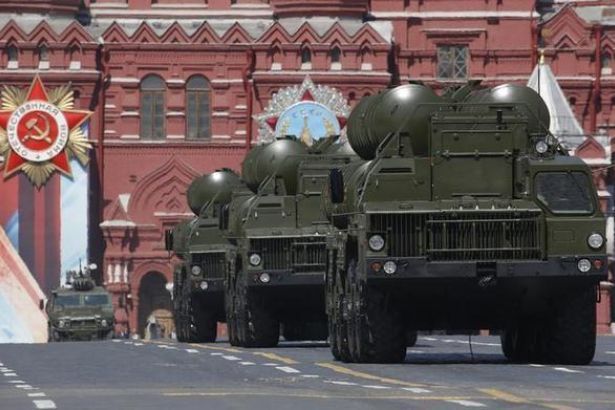 The S-400 air defence system, which Turkey will buy from Russia, was first developed in the 1990s. The system was based on technology from the previous Russian anti-aircraft system, the S-300, and has come into use in 2007.

Using four different missile types ranging 400 km, 250 km, 120 km and 40 km, this system is one of the best air defence systems currently in use.

HOW WAS THE SYSTEM DEVELOPED?

The development of the S-400 air defence system began in 1993, according to the U.S-based Center for Strategic and International Studies.

Yet, Russia’s capability to develop a new system was limited due to the dissolution of the Soviet Union. For this reason, the S-400 system was initially designed by using the S-300’s technology. This system was later upgraded with missile storage and launching systems and active radar homing.

The first tests of the S-400 system were performed in late 1999 and the early 2000s. However, due to using outdated technology from S-300, the system was not approved for production by the Russian authorities until its development was finally completed in 2007 with systemic upgrades.

WHAT ARE THE TECHNICAL SPECIFICATIONS OF THE S-400 SYSTEM

The S-400 system can allegedly lock on and destroy 80 targets at the same time.

There are strategic bomber aircraft, observation planes, strategic cruise missiles, ballistic missiles, early-warning radar planes and many other types of combat aircraft among the targets that the system was developed to destroy.

WHAT DOES A ‘COMPLIANCE PROBLEM’ WITH NATO’S SYSTEM MEAN?

It is in no doubt that Turkey’s decision to buy weapons worth more than $2 billion from Russia as a NATO member has annoyed the United States. Turkey has also been warned that Russia’s S-400 system has a ‘compliance problem’ with NATO’s defence system.

In order to understand this warning, it is necessary to examine the reasons behind the development of the S-400 system and to keep in mind that Russia evolves its air defence systems by taking NATO’s military technology into account with the hope of countering NATO.

According to a report from the U.S. magazine the National Interest, Russia considers NATO air forces as the greatest threat to its military forces and is continuously developing new technologies for air defence systems against NATO aircraft.

The S-300 and S-400 air defence systems were developed to counter the U.S. produced F-22 and F-35 warplanes. Reports state that Russia’s air defence network, which can track aircraft from multiple locations with a large number of radars, have been created to counter NATO.

In this case, Turkey’s decision to buy an air defence system developed for use against NATO has led to "confusion" among NATO countries, and this issue is often expressed with the phrase ‘compliance problem’ in relevant statements.

WHERE DOES RUSSIA USE THE S-400 SYSTEM?

Per expectations, Russia is using the S-400 air defence system in regions under NATO threat. The most notable areas are Kaliningrad, where Russia has significant military forces and Crimea which NATO continues to reject recognising as a Russian territory.

Russia has also deployed this air defence system in Tartus, the second largest port city of Syria in 2015. The threat perceived in Tartus was obviously NATO, and the system was aimed at deterring NATO attacks since Islamic State, and similar terror organisations could not be a threat in the region under the current conjuncture.

The S-400 system was also deployed in Belarus, a Russian ally against NATO, in just the same way as other examples.

WHY IS RUSSIA SELLING THE S-400 SYSTEM TO TURKEY?

In order to understand why Russia sells the system to Turkey, it is necessary to analyse Russia’s long-term military strategy. The S-400 system is an air defence system that has been in use for ten years, and that will not remain its up-to-date for much longer in the midst of Russian-NATO conflict.

The current system developed by Russia to replace the S-400 air defence system is the S-500. This new generation of the ground-to-air missile system, the S-500, is reportedly designed to destroy hypersonic cruise missiles and intercontinental ballistic missiles, and it possesses a range of 600 km in comparison with the 400-kilometer range of the S-400 systems. The new system will come into use by 2020 and will be much more advanced technologically compared to the S-400.

The distinctive feature of Turkey compared to these countries is its NATO membership. Apart from Turkey, only Greece as a NATO member has the Russian air defence system. Yet, Greece had purchased the S-300 system from Southern Cyprus, not from Russia.