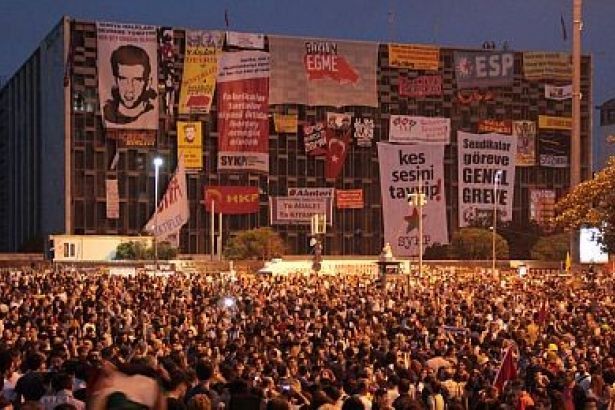 The Chief Public Prosecutor Office in İstanbul has filed an indictment seeking aggravated life imprisonment over "organizing 2013 protests" for 16 defendants including Soros-linked Osman Kavala, currently jailed pending trial with the charge of “attempting to overthrow the government” in the attempted coup in 2016.

Kavala is famous for his liberal and pro-EU position in Turkish politics. Despite present controversies with Turkish President Recep Tayyip Erdoğan, Kavala had supported him until recent years.

Including famous actor Mehmet Ali Alabora and journalist Can Dündar, who have both left the country as suspects, the indictment also seeks lifetime imprisonment for activists from the Taksim Solidarity Platform.

In the indictment, it was claimed that the ”suspects” had been preparing the 2013 Gezi Park protests since 2011, they funded and directed the protests in 2013 and they were in the "top management" organizing the protests.

The indictment, consisting of 3 sections and 657-pages seeks to charge these 16 people with the "attempt to overthrow the government of the Republic of Turkey". For some suspects, imprisonment was requested for crimes such as "damaging property", "possession of dangerous substances without permission", "damaging places of worship and graveyards", "opposing to the firearms law", "qualified robbery" and "qualified injury".

The file included 746 people as complainants and the Council of Ministers including then the prime minister Erdoğan as the injured party.

In December 2018, the Chief Public Prosecutor Office in Ankara launched six different lawsuits against 120 people for participating in the mass anti-government protests around Turkey, particularly in İstanbul’s Taksim Gezi Park, in June 2013.