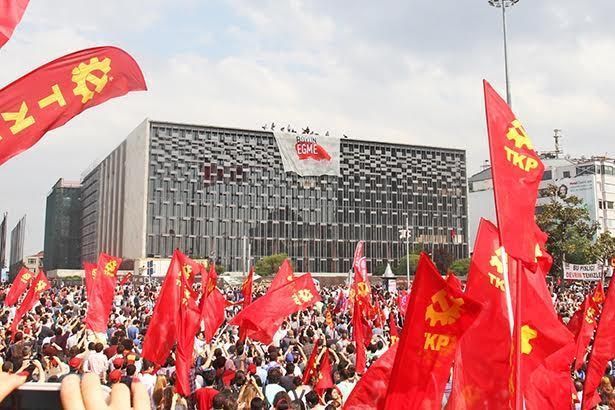 The Chief Public Prosecutor Office in Ankara has launched six different lawsuits in the recent week against 120 people for participating in the mass anti-government protests around Turkey, particularly in İstanbul’s Taksim Gezi Park, in June 2013.

The indictment of the prosecutor office accuses the suspects of “participating in unarmed yet unlawful assemblies or demonstrations and resisting despite official warming or use of force”. The indictment indicates to June 2, 2013, as the date of “offend”. It is reported that Turkish prosecutors’ investigations that were commenced into more than 600 suspects are still continuing with regards to the Gezi Park protests.

Before the lawsuits against 120 people, 14 people were detained in late November for “attempting to promote the Gezi Park protests in 2013” in a hierarchy along with Osman Kavala, a wealthy Turkish businessman and board member of several Soros-linked NGOs, who has been arrested since late October 2017 and charged with “attempting to overthrow the government” in connection with the July 2016 coup attempt.

An arrest warrant was also issued for the journalist Can Dündar and the actor Mehmet Ali Alabora as part of the investigation regarding the Gezi Park protests.

The Communist Party of Turkey (TKP) has also responded the recently increasing attempts of President Erdoğan’s AKP government to criminalize the resistance by trying to show it illegitimate. The criminalization process seems to include various known figures, capitalists, and citizens at the same time.

From the beginning of the protests, communists have repeated that June resistance could not be declared illegitimate despite the government's attempts.

The recent issue of the communist party’s weekly ‘Boyun Eğme’ (‘Don’t Surrender’) says “the AKP itself is the most important result of Soros and other imperialist interventions in our country”.

For those who are trying to take manipulative political steps by asking a manipulative question “who planned the protest?”, the TKP gives the answer: “We were there, isn’t it enough?”, adding that it was the people of Turkey who were behind the legitimate Gezi Park protests.

A wave of demonstrations started on May 28, 2013, with sit-in protests against the plan of then-Prime Minister Recep Tayyip Erdoğan’s AKP government to uproot trees and destroy Gezi Park near İstanbul’s iconic Taksim Square. The initial demonstrations in İstanbul rapidly spread around the whole country as of early June 2013, also known as the June Resistance, attracting over ten millions of people to the anti-government protest for several weeks.

With its leading motives of freedom and secularism against the authoritarian policies of Islamist AKP rule, the mass protest wave of June 2013 saw Turkey’s biggest public demonstrations and participation of people. Eight people were killed while hundreds were injured due to the brutal attacks of Turkish riot police during the anti-government street protests in 2013.

The TKP’s slogan of ‘Don’t Surrender!’ became one of the most popular mottos of the June Resistance in Turkey.

Kemal Okuyan: June Resistance was a comprehensive response to Erdoğan