Filiz Buluttekin, the pro-Kurdish HDP Mayor of Sur district in Diyarbakır province, who was detained on Friday, has been arrested by the Turkish authorities on Monday 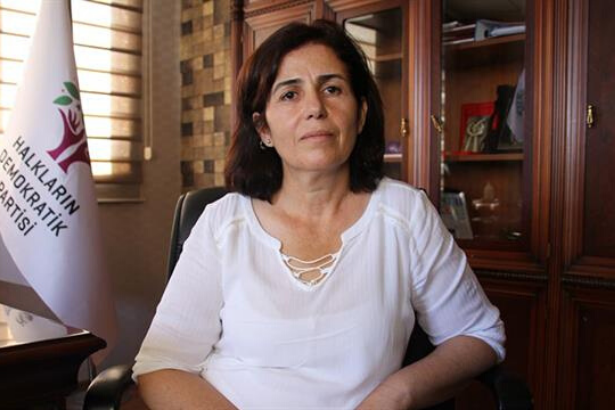 The Turkish government has arrested Filiz Buluttekin and Cemal Özdemir, the co-mayors of Sur district from the pro-Kurdish Peoples’ Democratic Party (HDP) in the south-eastern province of Diyarbakır for alleged links to the Kurdistan Workers’ Party (PKK) on December 23. Buluttekin and Özdemir had been detained on charges of providing support, spreading propaganda and participation in terrorist activities in a police raid on Friday as part of an investigation launched by Diyarbakır Chief Public Prosecutor's Office.

Filiz Buluttekin and Cemal Özdemir, who were brought to trial on Monday, were sent to the court for arrest after their testimonies at the prosecutor’s office. The court ruled the arrest of Buluttekin and Özdemir due to "being a member of the terrorist organization".

Sertaç Buluttekin, the lawyer of Filiz Buluttekin, had told that police laid her, her son and her husband on the ground during the raid and held guns to their heads.

Many elected executive officials at the municipal level have been detained and replaced with trustees appointed by the government since the failed coup in 2016. Most of them were removed under the decree-laws granted the Turkish President extensive powers during the state of emergency, allowing appointed provincial authorities to take control of cities whose mayors elected by people were suspected of supporting terrorism, which is a strong indication for the seizure of the people’s political will and universal suffrage.

Between July 2016 and October 2018, the Turkish authorities had replaced the mayors of 94 out of 102 HDP municipalities with government-appointed trustees, according to sources.

As the Turkish government and the President Recep Tayyip Erdoğan accuse the HDP of having strong ties to the PKK, Ankara has appointed trustees to 31 HDP municipalities in the south-eastern provinces of the country since the March 2019 elections, and 23 of the HDP co-mayors are currently jailed pending trial.

Former HDP co-chairs Selahattin Demirtaş and Figen Yüksekdağ have been jailed on terrorism charges since November 2016.