As Turkey’s Tüpraş refinery whose workers have protested the company’s anti-labor policies has become the biggest industrial enterprise of the country and continues to set records in making profit, ignoring the workers' rightful demands in collective bargaining 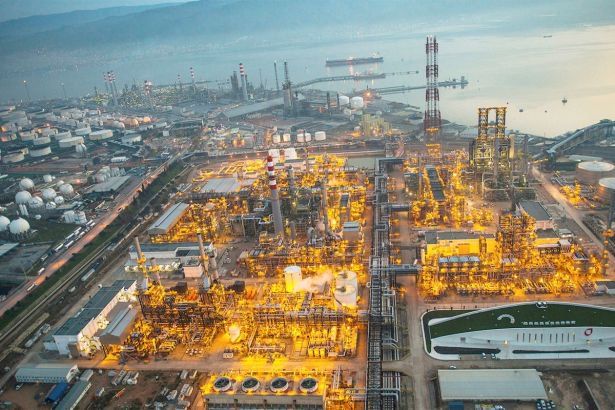 Ford came second in the survey with 31 billion TL, followed by Toyota with 23.6 billion TL.

Turkey’s biggest oil refinery operator TÜPRAŞ was privatized in 2006 by the ruling Justice and Development Party (AKP), as the Koç-Shell consortium took over 51% of TÜPRAŞ shares in exchange for 4.4 billion USD.

TÜPRAŞ WORKERS STRUGGLE FOR THEIR RIGHTS

While TÜPRAŞ, which breaks the profit records every year, gradually increased the wealth of the Koç Group, one of the biggest and rooted capitalist groups in Turkey, workers of the refinery have been protesting the administration due to anti-labor practices at TÜPRAŞ, including the deprivation of their most basic rights.

As the negotiations for collective labor agreement between TÜPRAŞ management and Petroleum Chemical Rubber Workers Union of Turkey (Petrol-İş) hit a deadlock due to the attitude of Koç Holding, workers initiated warning demonstrations in all refineries

In the collective bargaining, Koç Holding insisted on no increase in workers’ wages covering the two-year period except paying salaries by dividing within six months and inflation updates.

Upon this unacceptable offer of Koç Holding, Petrol-İş representatives stated that they saw this offer as a bribe proposed to the workers and such offer with malicious intentions could not be accepted.

Workers will continue to struggle for their rights despite all the efforts of TÜPRAŞ authorities, Petrol-İş representatives also underlined.

As Turkey’s top capitalist Koç Holding circle is enlisted as one of the richest persons according to Forbes, workers face anti-labor impositions and occupational murders at TÜPRAŞ refineries and other Koç Holding workplaces. While most of Turkey’s public assets were privatized during the rule of AKP, four workers were killed and two injured on October 11, 2017, when an explosion rocked at TÜPRAŞ oil refinery in western Turkey.

Communist Party of Turkey (TKP) İzmir provincial organization had paid a visit to support the TÜPRAŞ Aliağa refinery workers resisting against the impositions of Koç Holding.