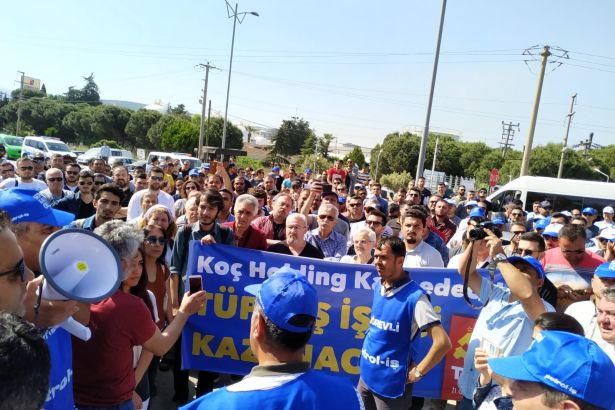 After the collective bargaining agreement between the Petrol-Iş Union and the Tüpraş administration could not be reached, the workers decided to continue their resistance.

TKP Izmir provincial organization came to the factory today with a banner saying "Koç Holding will lose, Tüpraş workers will win". The private security personnel wanted to prevent the TKP members, which the workers met with great enthusiasm.

A tension sparked between the TKP delegation and the private security of the factory. Some workers reacting to the situation said: "The bosses allow the parties they want to enter the factory, they do not allow those they are afraid of."

After the tension, the union's Aliağa branch chairman Ahmet Oktay said: "Private security officers are members of our union, too. Employers who try to make some workers against others must be careful about what they are doing."