President Erdoğan’s announcement of the natural gas discovery in the Black Sea as “good news” has sparked a public debate, asking the question “good news for whom?” 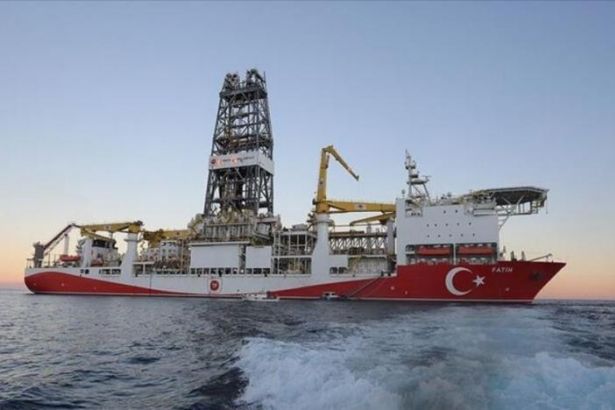 Turkish President Recep Tayyip Erdoğan announced on Friday that Turkey discovered large natural gas reserves off the Black Sea coast, adding that he hopes to start extracting and using the gas by 2023. SoL news prepared an important piece for its readers on how to contextualize the discovery and what to expect in the future following this “good news”.

Turkey, as a predominantly energy-dependent and absolute importer country, meets natural gas requirements with long-term agreements, especially with Russia, Iran and Azerbaijan. While Turkey’s annual consumption is approximately 45 – 50 billion cubic meters, the resource that has 320 billion cubic meters (equal to 65 billion dollars) would only meet Turkey’s need for 6 or 7 years. On the other hand, the Minister of Energy, Fatih Dönmez argued this resource will not only meet the need with fewer prices but also decrease Turkey’s energy importation. This contradiction brings the question of what kind of good news is this discovery for the people of Turkey.

Although the tariff mechanism of the agreements in natural gas imports is not clearly explained, it is based on the competition between gas and oil. Dependently, high oil prices and constantly increasing exchange rates are the major causes of high natural gas costs. Additionally, natural gas trade is based on long-term agreements and those agreements contain unfair conditions for client countries.

In the Turkish case, due to the already signed long-term agreements, Turkey will continue buying foreign energy until 2025 - 26. This means that even if the new reserve would be extracted, Turkey will continue to pay a big amount to those countries, and regular increases in exchange rates enlarge these costs. Additionally, these reserves could not radically change Turkey’s energy importation and finance the current deficit that is based on energy trade. If 10 billion cubic meters extracted from the announced reserve, it will meet 20% of Turkey's current annual need.

While the Turkish government had an ‘’aggressive attitude’’ for collecting natural gas bill payments from the citizens, the energy distribution firms have been given privileges during the pandemic. Globally, the international web of energy monopolies pushes countries, exploits their natural resources and bourgeoisie governments become facilitators this relationship, as in the case of Turkey and AKP. Still, there is no conclusive approach about the extraction of the discovered reserve but it is expected that the Turkish government would need to make agreements with global energy monopolies.

As mentioned, Turkey is still a part of many long-term ‘’take or pay’’ agreements. Also, currently, the main government policy is determined in the context of increasing bills for covering the damages of the bosses and pushing the people to pay ‘’the bill’’ for the crisis. The government is trying to increase the profits of the gas companies by making subsidies through Petroleum Pipeline Company (BOTAS) and this situation causes losses for BOTAS, which was one of the most profitable organizations until a few years ago.

A former decrease in petroleum prices was not reflected in bills and although tariffs for energy companies were decreased, consumer prices remained the same. Even during the pandemic, the government found ways to collect the bills from the citizens, while the bosses were "protected with subsidies" in the words of the Finance Minister of Turkey, Berat Albayrak. This resource “discovery” is also unlikely to benefit for the people of Turkey in this existing order.