President Recep Tayyip Erdoğan announced the discovery of a large natural gas reserve off the Black Sea amidst question marks. 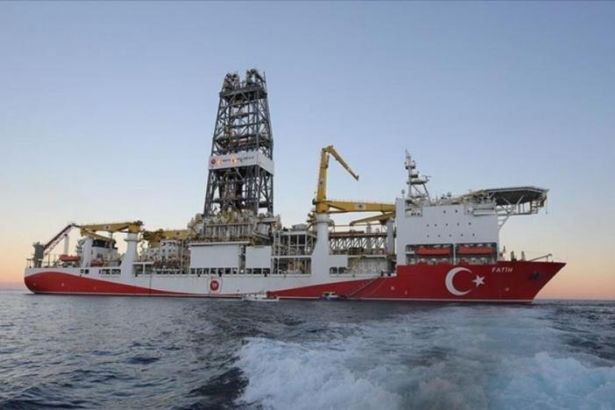 Turkish President Recep Tayyip Erdoğan announced on Friday that Turkey discovered large natural gas reserves off the Black Sea coast, adding that he hopes to start extracting and using the gas by 2023.

Erdoğan said that the drill ship Fatih found 320 billion cubic meters of natural gas reserves in the Black Sea, a couple of days after he had promised “good news” for the country.

Considering that Turkey’s annual natural gas consumption is around 45-50 billion cubic meters, the announced reserve is expected to meet the country’s gas needs for 6 or 7 years. However, how the reserves will be operated, and how much of this gas is recoverable is still a question mark.

Since Turkey is largely dependent on foreign energy, and natural gas exports from Russia, Iran, and Azerbaijan, Erdoğan’s government portrays the recent discovery as a “historic moment” for the economy of Turkey.

Moreover, Treasury and Finance Minister Berat Albayrak (Erdoğan’s son-in-law) went on to claim that the announcement would be “an axis shift” for Turkey. Considering Turkey’s large dependency on foreign energy, however, “an axis shift” seems unlikely today.

The Turkish government will likely make deals with some major gas companies for the extraction, operation and use of the reserves off the Black Sea coast.

Albayrak has also claimed that Turkey’s current account deficit will fall thanks to this discovery. However, the Turkish government previously signed long-term agreements with natural gas importing countries in the US dollars while Turkey has hit record lows against the dollar.

It is clear that household heating expenses have dramatically increased in defiance of the working people in Turkey, where the generation and distribution of electricity, and the distribution of natural gas is carried out by private companies.

The market-oriented policies of the Justice and Development Party government show that the contribution of the newly announced natural gas reserves will be limited even if the extraction and use of the gas will start by 2023 with the optimistic scenario created by the government.