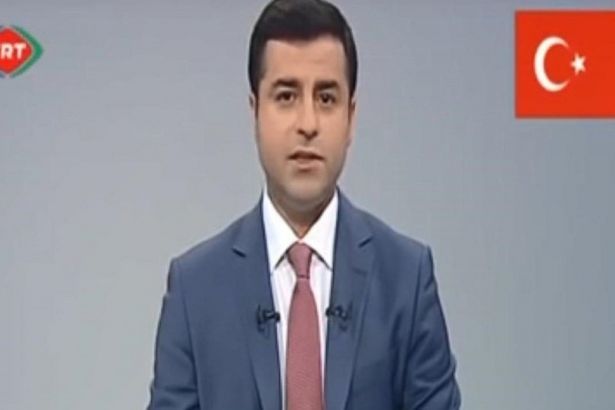 The earlier election speech by Selahattin Demirtaş, the former co-chair of pro-Kurdish Peoples’ Democratic Party (HDP), has been removed by YouTube upon the request of the state-run broadcaster Turkish Radio and Television Corporation (TRT) on the pretext of "copyright infringement". Demirtaş, who was the presidential candidate of HDP during the presidential elections held on June 24, 2018, has been in jail in Edirne Prison since 2016, being accused of "spreading terrorist propaganda".

According to YouTube Community Guidelines, a video may get removed from the relevant YouTube channel if the video owner made a request for such an action. Yet, the speeches given by other political party leaders still remain in the party channels on YouTube.

For the upcoming local elections, Pro-Kurdish HDP did not present candidates for most of the big cities, including İstanbul, Ankara, and İzmir. The political party's candidates will be running mostly in the eastern cities and districts of Turkey, where the Kurdish population is significantly high.

For the election speech of Selahattin Demirtaş during the process of June 24 Elections, the Turkish President Recep Tayyip Erdoğan had stated that "Do not allow them to create an image of unjust treatment or victimhood. I ordered the government officials to talk to the authorities from the Supreme Electoral Council (YSK), and I said they can shoot a video for the election speech in prison."

At that time, the Turkish President’s words had been considered as "an order" to Turkey’s Supreme Electoral Council; therefore, the YSK had to deny Erdoğan by issuing a statement regarding the issue.

A team from TRT General Directorate in Ankara had gone to Edirne Prison, where Selahattin Demirtaş has been jailed since 2016, to shot the video of Demirtaş’s election speech to be televised before the June 24 Presidential Elections in 2018.

Under the electoral law in Turkey, the presidential candidates have the right to speak two times with 10-minute speeches on the national broadcasting TRT channels.

The opposition in Turkey had argued that Turkish media violated the constitutional regulations during the elections in 2018, giving the ruling Justice and Development Party (AKP) much more air time than oppositional figures and political parties including pro-Kurdish HDP and its candidate Selahattin Demirtaş.