Turkish court once again decided to uphold the detention of the ex-leader of the pro-Kurdish HDP, Selahattin Demirtaş after the third hearing of the trial 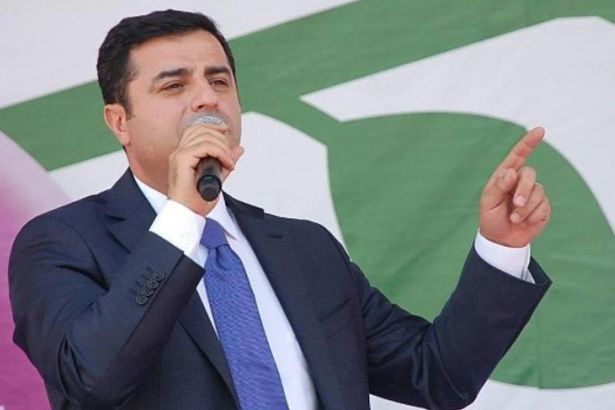 The third hearing of the trial of former co-chairperson of pro-Kurdish HDP Selahattin Demirtaş, who was detained in Edirne F Type closed prison, ended and the court decided to continue the detention of Demirtaş.

For the trial held by the 19th High Criminal Court of Ankara, Demirtaş and some of his lawyers teleconferenced from F-Type Closed Penitentiary Institution in Edirne. Demirtaş's other lawyers and HDP deputies were present in the courtroom.

Not presenting a defense, Demirtaş indicated that he would not present a request to be released.

Demirtaş's lawyers stated that the case files consisted of no real accusations and that their client had been held in prison unjustly.

A Turkish court in December 2018 also rejected an appeal by jailed Selahattin Demirtaş against his conviction for "terrorist propaganda". The decision followed a ruling by the European Court of Human Rights (ECHR) on November 20, 2018, that called on Turkey to release Demirtaş.

Selahattin Demirtaş, the 45-year-old former co-chairman of the Peoples' Democratic Party (HDP), was sentenced to more than four years in jail on terrorism charges related to a speech he gave in 2013. Having already spent nearly two years in prison awaiting trial for those alleged offenses, he had effectively already served out the prison term handed down by the Turkish court.