TKP: “No one can judge millions of people who took to streets during Gezi resistance”

The Communist Party of Turkey (TKP) has released a statement after a Turkish court acquitted the defendants of the Gezi Trial with regards to the countrywide popular protests of 2013. 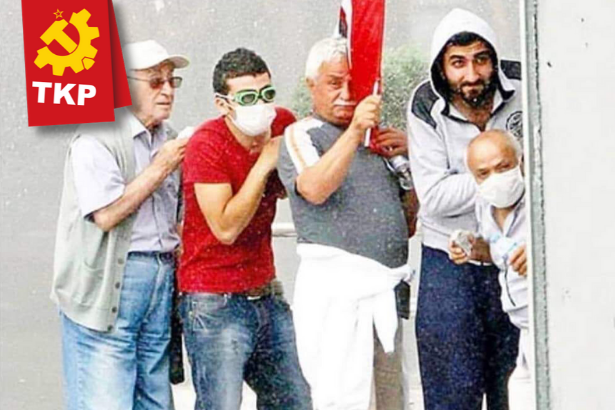 İstanbul’s 30th Heavy Penal Court on Tuesday acquitted 9 of the 16 defendants in the trial into the anti-government Gezi Park protests of 2013. Osman Kavala, the only jailed suspect, is to be released.

As some political parties and organizations called on the people to gather around the court in İstanbul’s Silivri district to support those on trial, the courtroom was very crowded during the trial. The members of the Communist Party of Turkey (TKP) also participated in the trial.

Following the court's decision, TKP released a statement, noting that "the decision of acquittal does not change the fact that the case has been completely groundless." The full statement of the communists is as follows:

The scandalous case is over today

The Gezi trial resulted in acquittal. The result is pleasing.

The government has seen that it will not be able to accomplish what it aims with this case since the people embraced the Gezi process. The government could not stand behind the case anymore as it is apparent that its assertions are groundless. On the other hand, it should be taken into consideration that a change of plan lies behind the termination of the case at the moment as the case has been unlawful from the very beginning.

The decision of acquittal does not change the fact that the case has been completely groundless, and that it has been a political case used by the government to show the popular resistance as an illegitimate action. In this respect, we do not agree with optimistic approaches regarding the jurisdiction. The revoking statements of the politicians and pro-government figures, who targeted Gezi at one time along with the government, are not credible.

No one can judge the millions of people who took to the streets during the Gezi resistance. Independently from the decision of acquittal in this case, Gezi has already been acquitted historically. However, the people will judge those who attempt to turn this resistance into a conspiracy, a coup, and a plot.