A Turkish court has acquitted 9 of the 16 defendants in the trial with regards to the Gezi Park protests of 2013. 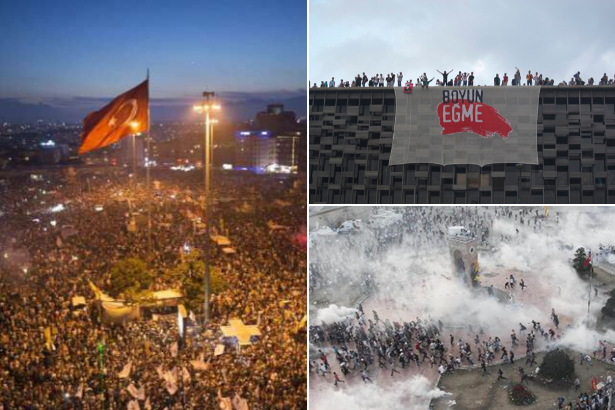 İstanbul’s 30th Heavy Penal Court on February 18 acquitted 9 of the 16 suspects in the trial into the anti-government Gezi Park protests of 2013. Osman Kavala, the only jailed suspect, is to be released.

As some political parties and organizations called on the people to gather around the court in İstanbul’s Silivri district to support those on trial, the courtroom was very crowded during the trial. The members of the Communist Party of Turkey (TKP) also participated in the trial.

The suspects were accused of “attempting to overthrow the government of the Republic of Turkey or preventing it by force from performing its duties”.

Of the 16 suspects, Osman Kavala was the only one in jail while Prosecutor Edip Şahiner previously requested aggravated life imprisonment for Kavala and two other defendants, Yiğit Aksakoğlu and Mücella Yapıcı. The prosecutor also requested 15 to 20 years of prison term for the other defendants.

A wave of demonstrations started in late May 2013 with sit-in protests against the plan of then-Prime Minister Recep Tayyip Erdoğan’s government’s to uproot trees and destroy the Gezi Park nearby İstanbul’s iconic Taksim Square.

The initial demonstrations in İstanbul rapidly spread around the whole country as of early June 2013, also known as the June Resistance, attracting over ten millions of people to the anti-government protests for several weeks.