soL news interviews the General Secretary of the Communist Party of Turkey (TKP), Kemal Okuyan, on how the party interpreted the new "measures" announced by the Turkish government, the course of the epidemic, and the current situation. 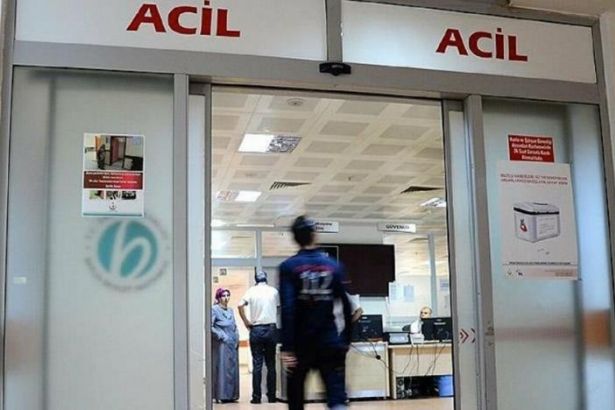 The Communist Party of Turkey (TKP) advised the complete nationalization of the health system as a solution to the pandemic of COVID-19, which led the health situation in the country into turmoil.

soL news asked Kemal Okuyan, the General Secretary of TKP, about the present measures against the COVID-19 and how TKP interprets it.

Okuyan stated that the AKP’s measures against the COVID-19 are aimed to preserve the market dynamics without exceeding the intensive care capacity.

Following the Science Committee’s meeting, the Cabinet was convened and President Recep Tayyip Erdoğan announced the recent measures against the COVID-19. What do these measures mean?

We cannot say these measures are new. AKP tries to keep the show on. AKP has been worried about two things and they are insisting on them. Firstly, the system of exploitation should continue. Secondly, the intensive care capacity should not be overwhelmed until the vaccine is discovered. The recent measures aimed at these two. For example, shopping malls are kept open.

Would not these measures work?

It could only hinder the rate of increase in new patient numbers. The only criterion for the AKP is how full the intensive care units are. The AKP is only releasing the pressure on this. In a way not to impact on the capitalists, big-scale firms. The measures only targeted a very few numbers of places and activities.

What are these places?

There are new developments and data regarding the virus but scientists emphasize workplaces, public transport, hospitals, shopping malls, restaurants and cafes, schools, temples, and funerals. It is obvious that the target should be these places. AKP focuses on the ones that would bring the least opposition regarding its weight in the capitalist system. Most of the restaurants and cafes are small-scale even though the number of them is high. The majority of private schools are also small-scale and they constitute rather by-products or places of money laundering. The majority of schools are considered as a burden since education is considered a burden. Thus, the measures target them.

Communist Party of Turkey did not say ‘re-open schools’, it said ‘take measures so that schools could be re-opened’. The AKP opened the schools without taking any measures. This cannot be done through shallow steps. The AKP did not open schools anyway, it pretended to do so. It is very difficult to say the impact of the re-opening of schools on the increase of cases. Anything that is not against the market economy is against science, reason, and the public interest. We said that the government should employ permanent teaching staff, build new classrooms, nationalize private schools, and close imam-hatip schools without students. All of them were realistic measures. The same applies to the health system.

One cannot close hospitals. So how does this apply to the health system?

Yes, hospitals cannot be closed. However, hospitals are places where the virus is easily spread. This can be observed through the widespread deaths of health workers. The Communist Party of Turkey is calling for the nationalization of private hospitals. This call will be followed for other fundamental areas of the economy. What does it mean that our call has begun with the health system. We are offering a solution to an urgent situation. All private hospitals should be closed. We should start from here. All service and production spheres of health should be nationalized. Hospitals, production of pharmacies, production of equipment, and their distribution. Without this, we cannot do planning, coordination, and use resources for the public good. We need to end the exploitation of health workers. New permanent health workers should be employed and their working conditions should be ameliorated. Performance-based payments should be abolished. Protective/preventive health measures should be taken. Building hospitals does not mean health service, it works for the construction sector. The health system should be organized for the public good. It is impossible that the virus is not spread in public and private hospitals today. Everything is irrational today. The Minister of Health calls citizens to be sensible but the state hospitals are in a terrible situation. There is not enough equipment, the number of health workers is low, there are long queues, there is no ventilation. The level of organization is almost zero. The same irresponsibility on the streets is at the hospitals. The health workers suffer.

What should have been done?

Is it too late?

They will keep going until the vaccine and medicine are found and big pharmaceutical companies benefit. There is no infrastructure for capitalism to handle the quarantine required to control a virus widespread like this. There is tremendous wealth accumulated in the hands of very few monopolies but they would turn a quarantine into poverty and famine for the peoples. Capitalism is such an irrational and inhumane system. There are many dimensions to this. There is no planning, no public interest is protected, economic competition brings about irrationality. It is not too late though. Humanity needs to show the greatest strength to end capitalism. This is the most urgent matter of life or death.

This cannot be delayed. To struggle for a statist-public interest-based economy. The workers need to pursue their rights, their right to life.

How will they do that? Production continues, factories are open, workplaces are open.

The political power and system say they cannot suspend production because workers will lose their jobs. Workers then shall say they want a radical increase in free public transport. They shall ask for measures at workplaces, ventilation at workplaces. If citizens are obliged to wear masks, free masks and hygienic products shall be distributed. They are topics of struggle, struggle, or rumble. Rumble shall happen anyway! This system is rotten and killing humanity, it is making the living slaves. We need to fight against this system and beat it.