The founders of Communist Party of Turkey (TKP), Mustafa Suphi and his 14 other comrades, were killed in 1921 on the Black Sea. The Party will hold a symposium to commemorate the 15 revolutionaries in Istanbul on Feb. 2. 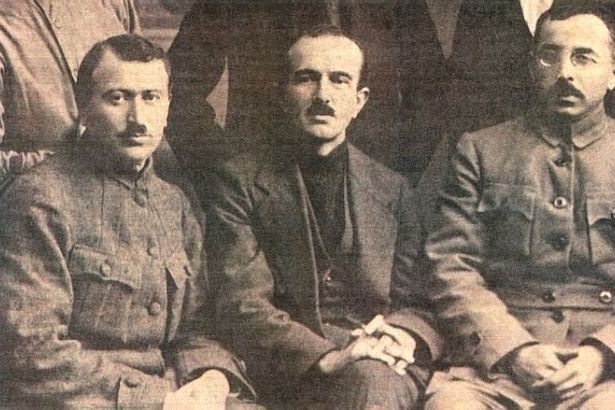 The founders and leaders of the Communist Party of Turkey (TKP) were assassinated on the Black Sea coasts by the bourgeoisie on their way back to Batumi with the aim of supporting anti-imperialist war in Anatolia.

In its 100th year for struggle for communism, TKP will hold a commemoration event in Turkey’s Istanbul on Feb. 2 for its founding cadres, Mustafa Suphi and other 14 comrades massacred by the bourgeoisie 99 years ago.

In the symposium which will start with the opening speech of Kemal Okuyan, the General Secretary of TKP, the establishment dynamics of the Party will be discussed with the contributions of  Çağdaş Sümer, Gözde Kök, Neslişah Başaran and Aydemir Güler.

TKP was established as a Comintern Party in Baku in 1920 with the influence of the October Revolution. During those years, in Turkey, there had been an anti-imperialist struggle, which had been growing as a bourgeoisie revolution, against the invaders. The initial Central Committee of TKP, including Mustafa Suphi and his 14 comrades, had departed to participate in the anti-imperialist struggle and seek the opportunities of the socialist revolution. Yet, they were killed on 29th January 1921 on the Black Sea coasts soon after their arrival at Anatolia.

‘A CALL FOR PEOPLE TO BE ORGANIZED WITHIN TKP’

Regarding the assassination of TKP’s founders and leaders in 1921, soL columnist and TKP Central Council Member Aydemir Güler writes that the murdered 15 revolutionary leaders of the Party are the thesis that the permanent victory of the national liberation struggle will be possible only if it continues with social liberation.

"Mustafa Suphi and his comrades are the theses that social liberation can only be achieved by the communist party, which is involved in the war of national liberation as the representative of workers and impoverished peasants," Güler adds.

Stating that the Communist Party of Turkey today is an update of the path followed by Mustafa Suphi and his comrades, representing working classes in line with anti-imperialist, patriotic and progressive stance, Aydemir Güler also writes, "The claim and struggle that darkness, injustice and foreign dependency strangling the country would be destroyed by a socialist revolution under the leadership of the Party of the working class after 99 years keeps us away from pseudo-heroism when we say ‘Mustafa Suphi and his comrades are still alive!’"

Calling people to get organized within TKP in its 100th year of struggle, Güler asks: "How is it possible to commemorate Mustafa Suphi and his 14 comrades other than remaining faithful to the still-valid manifesto of the founder of our Party 100 years ago?"

In 1919, Mustafa Suphi wrote to call on the people of Turkey that "The workers and impoverished peasants of Turkey! You will be completely emancipated only when the tyranny of the capitalist class is overthrown and the socialist revolution spreads to the whole world.

You [workers and peasants] will help the rise of international revolution only if you eliminate the influence and oppression of capitalists, the wealthy landowners, pashas and landlords by defending and expanding the socialist revolution with all your power in your homeland.

Do not allow for the hypocritical traitors who agreed to compromise with the enemies of the revolution and intriguers who accepted and advocated to collaborate with the imperialist states.

Poor and oppressed workers of Turkey, it is time to arise and show your power! Bestow your hand on the persecuted peoples of Turkey!"

"Workers and peasants of Turkey! Always keep something in your mind: As long as all capitalists in Europe and Turkey, the rich, pashas, landlords, priests, and reactionary Muslim priests reign over our country, slavery led by the capital cannot be liquidated; and workers, peasants and society could never form their own states and governments,’’ Mustafa Suphi concluded.