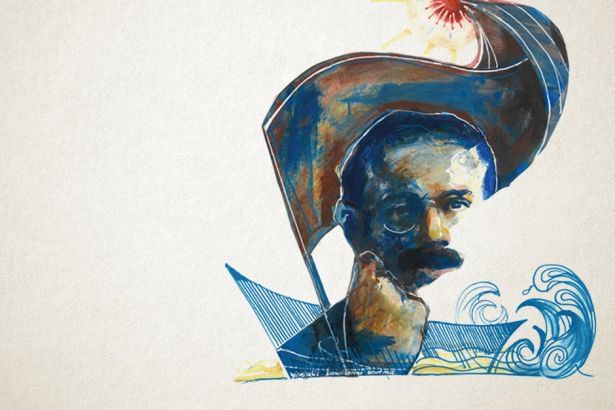 TKP’s founders under the lead of Mustafa Suphi were murdered on January 28, 1921, when they came to Turkey in order to participate in the anti-imperialist struggle with a communist perspective. Mustafa Suphi and his comrades started their journey to support the independence struggle in Anatolia, to carry the socialist alternative in the homeland, and to reunite the TKP with its country where it belongs to.

Communist Party of Turkey's statement in commemoration of its founders murdered on January 28, 1921, stated that they are not mourning but continue fighting:

The founders of the Communist Party of Turkey were murdered 98 years ago. Journalists, educators, army officers, doctors, and workers were among them. They were coming to participate in the independence war of their motherland, which British imperialism strived to divide by invaders. The communists were already in this fight, no matter which city they were in. The ones, who founded TKP in Baku a few months ago, were planning to move the party’s headquarter to Ankara the Capital, which was the command center of the war.

They were murdered. Not by the invaders or the imperialists…

The murderer was not declared, but we know him.

The massacre of our party’s first president Mustafa Suphi and his comrades is a sign that enlightens the way Turkey followed in order to reach these days. In those days, TKP advocated that only way to achieve real and permanent results in the independence war against imperialism was possible only if this struggle turned into a social liberation. There was no guarantee that the new hegemons would not reconcile with imperialism and the spoils of caliphate and sultanate after the independence was achieved. On the contrary, if the reign of capital continued to exist, it would mean that everything is possible for capital.

However, the guarantee of Young Turkey to preserve its independence depended on the workers and the peasants. For equality, justice, and freedom it was not enough to overcome the foreign invader. We needed to repel the reign of capital and walk towards socialism.

They were murdered. It was an attempt to prune the left wing of Turkey.

As a result, the hegemons surrendered every aspect of our country from its army to its economy to imperialism. As we have declared in 1920s, a republic that destroys its left wing cannot preserve its basic characteristics. Today, the Republic of Turkey is neither welfare nor secular state, nor a state of law. National liberation either had to progress towards social liberation by overthrowing landowners, capitalists, exploiters, collaborators, and bigots or this inglorious group would return to power. They have returned to power. The first step they took in order to return was the massacre of communists they have perpetrated 98 years ago.

The murderer of the fifteen shall be searched within Turkish capitalism.

Famous Turkish Poet Nazım Hikmet was one of the people who took the flag from those brave people who were drowned in the cold waters of Black Sea in January 1921 and he said, “The ones who fight do not mourn for the fallen”.

98 years after the massacre, we are not mourning. We commemorate them in our struggle. This time we will not stop by repelling the bigots and imperialists. We will establish the Republic of the working people.

If the capital has reign the people have TKP.