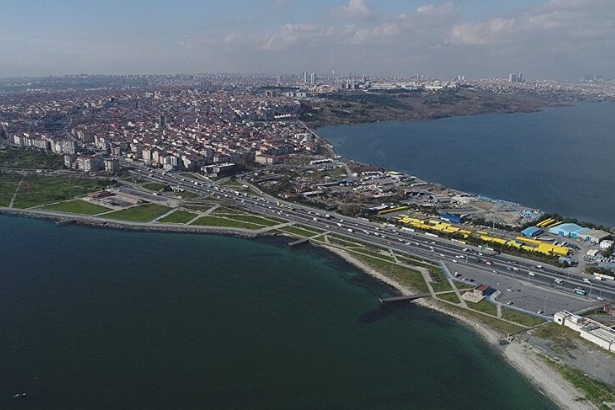 Turkey’s President Erdoğan and the AKP government continue pushing the plans of their “crazy project” Canal Istanbul despite opposition.

According to the project, the 400 meter-wide artificial sea-level waterway is planned to connect the Black Sea in the north to the Sea of Marmara, which runs into the Mediterranean. It supposedly aims to ease shipping congestion on the Bosphorus but it was claimed that the main reason for the construction of the canal was to bypass the Montreux Convention, limiting the number and tonnage of ships.

After the AKP government effectively paused the project last year, the project has been put on the agenda again in recent weeks.

At the center of the debates about Canal Istanbul lie the irreversible environmental destruction and the huge profits that are planned to be made with the project.

The daily podcast of the Communist Party of Turkey, "Voice of TKP", touched upon this controversial issue as one of the most important topics by which the clash of interests between the capitalist class and the working class can be seen. TKP stated that the project will have devastating effects on the working people of Turkey if implemented.

FACTS ABOUT THE CANAL ISTANBUL PROJECT

Secondly, Canal Istanbul will cause great damage to agricultural areas. Turkey has lost a large amount of farmland in recent years because of the AKP government's construction projects.

Third, a severe earthquake awaits Istanbul in the near future. This earthquake has become a serious problem for the whole country since Istanbul has a huge population and it has been the major center of economic activities due to the capitalist system's unplanned growth. What needs to be done is certainly not to enlarge the city with more giant projects.

Fourth, the Marmara Sea has almost been killed by the unplanned urbanization and industrial growth in Turkey. Canal Istanbul will destroy the Black Sea and the Marmara Sea more with the ecological problems it will create.

Instead of a project that will irreversibly destroy the environment, the focus should be on how to revive the Marmara Sea.

TKP Istanbul Provincial Organization is organizing meetings at various places in the city this weekend, focusing on “why we are against the project and what we can do.”

In the statement calling people to come together against the project, TKP said that “we are coming together to protect our city. Canal Istanbul project that drags the city into a disaster must be stopped immediately.”

The meetings aim to bring the working people of Istanbul together to think, organize and act against the controversial project that would benefit the rent-seeking capitalists but would be harmful to working people and the environment.