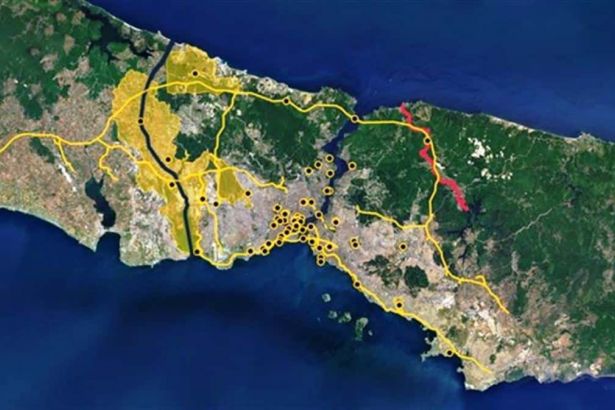 The Environmental Impact Assessment Report on the Canal Istanbul project was prepared by Turkey’s Transportation and Infrastructure Ministry and released to the public on December 23 by the Environment and Urbanization Ministry.

As it is announced that the 1595-page report will be open to “opinions and suggestions” for 10 days, the cost of the Canal İstanbul project is expected to be around 75 billion lira ($12.6 billion).

The sources said that the assessment report was prepared by a Turkish engineering company, Çınar Mühendislik, Inc. The owner of the engineering company is Selahittin Hacıömeroğlu, who had been jailed pending trial with regards to allegations of corruption within the state-owned crude oil and natural gas pipeline corporation (BOTAŞ).

Turkish journalist Murat Ağırel claimed that Hacıömeroğlu’s company has won dozens of tenders for public institutions in the number of millions of lira. As Hacıömeroğlu had been jailed and released over corruption allegations in Turkey’s oil and gas monopoly in the past, he is also known to have prepared a positive environmental impact assessment report for his own private energy company.

President Erdoğan has recently vowed to start the tender process for the construction of the controversial Canal İstanbul project. Erdoğan had first announced the project in 2011 as he called it “crazy project”.

Canal İstanbul is an artificial sea-level waterway project that is intended to be constructed on the European side of İstanbul, connecting the Black Sea to the Sea of Marmara, bisecting the current European side of the city and forming an island between Asia and Europe.

Meanwhile, Erdoğan’s announcement for the tender process has skyrocketed the cement stocks in Turkey. According to İstanbul stock exchange data, the stock values of various cement companies have increased by over 50 percent in recent times.

ENVIRONMENTAL DISASTER IN FAVOR OF CAPITALISTS

As Erdoğan's government claims that the traffic along the Bosphorus Strait will decrease following the completion of the Canal İstanbul project, his AKP government plans to construct lots of bridges along the 40-kilometer long artificial canal.

Many critics from environmental institutions and chambers of architects and engineers criticize the government’s Canal İstanbul project as a “project of destruction and disaster” for the city’s environment.