This kind of exemption gives the wealth fund of Turkey a status that is “above the law”, former auditor of the Court of Accounts and soL news columnist Kadir Sev says 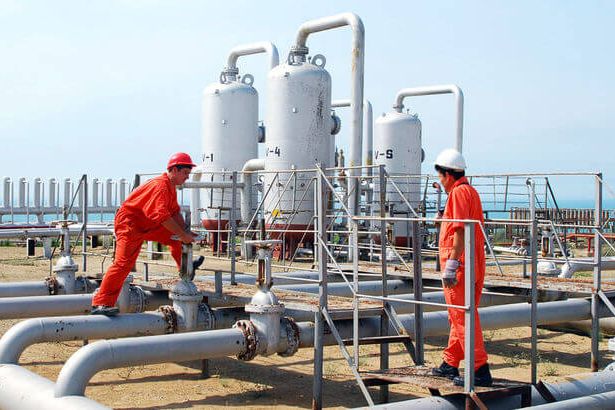 The same decisions also transferred more than two million square of land owned by the treasury in touristic places such as Antalya, Aydın, İstanbul, İzmir and Muğla and assigned to various tourism companies.

The value of the transferred assets is estimated at over 31 billion Turkish Liras ($8 billion).

The official statements coming from Justice and Development Party (AKP) government representatives claim that these transfers aim to secure funding for big projects and to run the companies more effectively.

One of the important feature of the fund in Turkey is that it will not be subjected to review by any agency.

WHAT IS A SOVEREIGN WEALTH FUND?

Sovereign wealth funds are normally associated with rich countries with accumulated funds from export goods or foreign exchange reserves. Revenues coming from exporting oil in oil-rich Gulf countries and from the accumulation of pension funds, etc. in Western European countries are among the major examples.

The wealth fund is typically used to fund the accumulated money in new capitalist investment projects through the establishment of companies to this end, if necessary, and trading finance instruments.

However, there is nothing similar to these typical situations in the Turkish case. The AKP government has put its signature under another scandal first by establishing a company to manage the wealth funds and then by transferring public assets and state shares in Turkey’s major public companies into this fund.

A law for Turkish wealth fund was passed one midnight after the coup attempt of July 15 2016. Then, in August, the sovereign wealth fund management company was established.

This fund was designed to allow the government to put the underground and aboveground resources, public assets and projects upon the real and stock markets.

This company is also free from auditing, exempted from many reviews and directly subjected to the prime minister’s office. This kind of exemption gives the wealth fund of Turkey a status that is “above the law”, former auditor of the Court of Accounts and soL news columnist Kadir Sev puts.

WHAT WILL THE FUND RENDER POSSIBLE FOR THE GOVERNMENT?

Given the fact that sovereign wealth funds are for the countries with rich resources and that this leaves Turkey with no real accumulated resources to transfer to the fund, the only way for the Turkish government to feed this fund is to transfer any public asset that is profitable.

In compliance with the increasing privatisation rates during the AKP governments, the government also plans to benefit from the ongoing state of emergency in terms of creating funds by selling public resources with no restrictions.

“The AKP government”, claims Kadir Sev, “has created a legal environment so that they can distribute public resources without any legal restrictions. To be more clear, anomalous transactions have been legalised”, because no political or legal entity can question the activities of the company managing the wealth fund.

This situation, according to Sev, shows that the government is experiencing an immediate shortage of cash and they are trying slide over this crucial problem by some temporary solutions.

BENEFICIAL FOR THE CAPITALISTS, TOO

Kadir Sev, in his interview with soL, argues that “both the AKP and the capitalists have some expectations from this fund. While the AKP is trying to secure its position, the capitalists are chasing after taking a share”.

In the case of the lands transferred to the fund, for example, the AKP is unlikely to take a step to damage the big tourism companies financially, because this would result in serious legal consequences for the AKP. However, the real estates transferred to the fund are likely to make benefits available for the capitalists since no public tender and auditing will be necessary with the enacted wealth fund law.