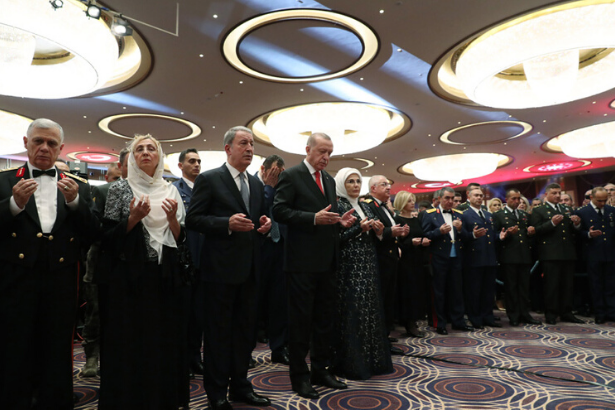 A reception of October 29 for the 96th anniversary of the foundation of the Turkish Republic was organized by the Turkish President Recep Tayyip Erdoğan and his wife Emine Erdoğan at the Palace. The reception started with the recitation of the Qur'an.

During the speech of the President Erdoğan at the reception, a live video connection was made with high-rank military officials serving in the Eastern Mediterranean, Ras al-Ayn and Tel-Abyad.

Following the relocation of the Presidency to the “Presidential complex" in Ankara's Beştepe, the receptions given for the October 29 Republic Day have been held in the Palace for 5 years.

The October 29 ceremony of the Presidency was organized in Istanbul last year due to the opening of the new airport in Istanbul, which was carried out under the pressure of scheduling the opening on October 29, ignoring safety measures and costing the lives of dozens of workers.