The protests against the appointed rector of Boğaziçi University have spread after 159 students were detained yesterday. The protests continued through the day despite violent police attacks in Ankara and İstanbul's Kadikoy 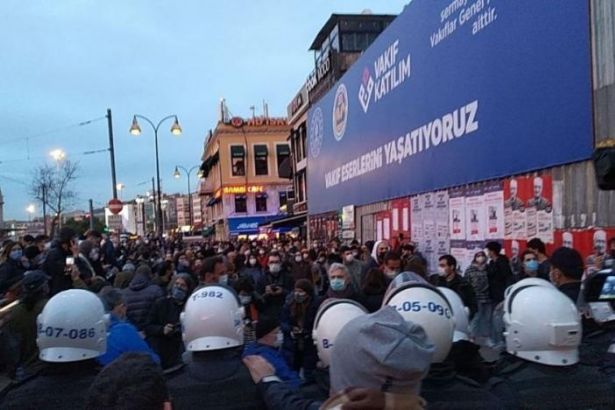 The day after the last police attack, students organized a protest in Ankara to support their friends and faced police prevention and detentions.

The police also intervened in the crowd's protest in Kadikoy, İstanbul, by using plastic bullets and pepper gas. Tens of people were also detained in both cities.

Communist Party of Turkey (TKP) yesterday called for solidarity with the university students and staff and said TKP would be in Kadikoy to protect the students' righteous demands. Making a statement on behalf of the TKP İstanbul Provincial Organization, Senem Doruk said, "The government that is hostile to youth, science, and labor is attacking the people. We will not surrender; we will protect the country."

The protests continued in Kadikoy despite the violent police attack today. At night, hundreds of citizens showed their support from their homes by banging pots and pans across the country.