Turkish police attacked the students protesting the appointment of Metin Bulu as the new rector of Boğaziçi University. 159 students were detained during the protests 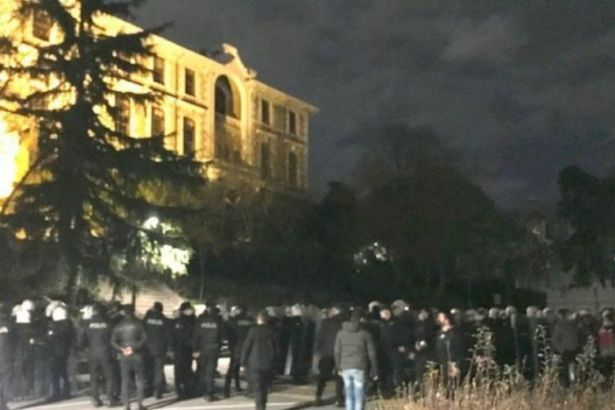 Turkish police did not allow a student protest and press release, which were planned to be carried out on February 1 to support two Boğaziçi students who were recently arrested by the government for protesting the appointment of Metin Bulu as the new rector. Over 100 students were detained.

President Recep Tayyip Erdoğan’s appointment of Bulu as the new rector of the university by a decree on January 2 has led to protests and demonstrations among the Boğaziçi University students and academics. The students say that they do not want a “trustee rector” at their school.

Blockading the entire neighborhood where the school is located in İstanbul on Monday, police did not allow students to enter and exit the school. It was seen that snipers were placed in the buildings opposite the school door.

While a group of students was stranded inside the school, those who wanted to walk to the campus gate were detained. It was reported that the total number of detentions was over 100, and students' lawyers were also detained. There were students injured in the police attack.

DETENTIONS IN OTHER CITIES

Police attacked a demonstration planned to be carried out against the attacks against students and LGBTs in İzmir. Many students and citizens were detained.

Religious-reactionary associations also called for a gathering against the solidarity campaign held in front of the university after the arrest of 2 students regarding the allegation that "the Kaaba photo was laid on the ground" at Boğaziçi University.

The Governorship of İstanbul, which banned the protests of Boğaziçi University students on the grounds of the "pandemic", did not prevent the demonstration of this Islamist group. Islamist group targeted Boğaziçi students as the"enemies of Islam". Police forces only watched this group from a distance. The group broke up after making a statement.

On late Monday, police made an announcement, stating that coronavirus curfew entered into force at 9:00 pm, thus the protest in front of the Rector’s Office was “illegal”.

Following the resistance of students, riot police attacked and detained over 100 students at the campus. The governorship announced that 159 students were detained during the protests.