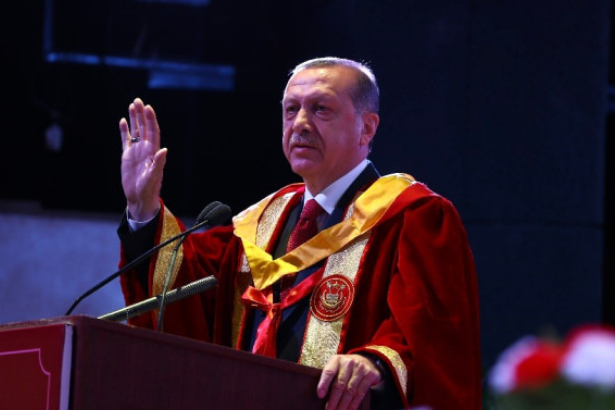 The General Assembly of the Constitutional Court examined the applications of 10 Academics for Peace in Turkey, who were convicted for signing a declaration titled "we are not going to be a part of this crime" that was calling for peace in the Kurdish-dominated southeast and published in January 2016.

The court ruled on Friday that the conviction decisions for Academics for Peace violated the freedom of expression.

A counter-act was started by the pro-government university administrators and academics, condemning the Constitutional Court's decision.

A declaration written by pro-AKP academics opposes to the ruling of the Constitutional Court, arguing "Constitutional Court can not legitimize terrorism". The petition circulated by the reactionary university administrations says "the propaganda of the terrorist organization should have been penalized" and claims that "the court decision is scandalous".

1071 is the year of Manzikert Battle that the AKP government has used as a historical-political reference, claiming it to be the turning point of the Turkish rule in Anatolia.

According to the sources, some of the university administrations have sent official letters to the academic personnel, forcing them to sign the petition against the court rule.

Meanwhile, the President's Office of Istanbul University has made a public statement stating that "eminent universities of our country and especially Istanbul University are places where ideas that do not threat Turkey's independence are advocated freely. In this context, it is not acceptable to accuse a state fighting against terrorism under the umbrella of freedom of expression."

Turkey’s pro-government media outlets have also been targeting the Peace for Academics, accusing the Constitutional Court and the head of the court after the decision.

Turkish Constitutional Court: Freedom of expression of Academics for Peace has been violated