Turkish Constitutional Court: Freedom of expression of Academics for Peace has been violated

Turkey's Constitutional Court General Assembly ruled that the freedom of expression of the Academics for Peace, who were convicted of "making propaganda for an armed terrorist organization", has been violated 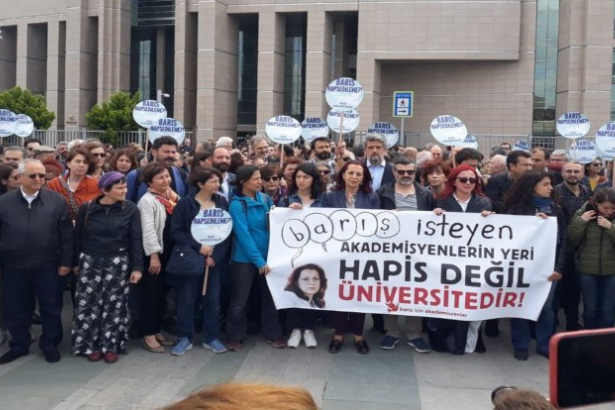 The General Assembly of the Constitutional Court examined the applications of 10 Academics for Peace in Turkey, who were convicted for signing a declaration titled "we are not going to be a part of this crime" published in January 2016.

The Court has ruled on Friday that the conviction decisions have violated the freedom of expression.

A group of academics from universities of Turkey have been standing trial on charges of engaging in "terrorist propaganda" for signing the declaration calling for peace in the Kurdish-dominated southeast.

As reported by bianet.org, as of July 26, 2019, 646 academics had stood trial since December 5, 2017, all the 204 academics whose cases were concluded have been sentenced to prison. 2,212 academics in total have signed the declaration.

"The Court decided that a copy of this judgment shall be sent to all local courts in order to eliminate this right's violation and advised for retrial. The court also ruled to pay each applicant 9 thousand TRY in reparations," The Media and Law Studies Association stated.