Pompeo: US is to ensure Turks don't slaughter Kurds 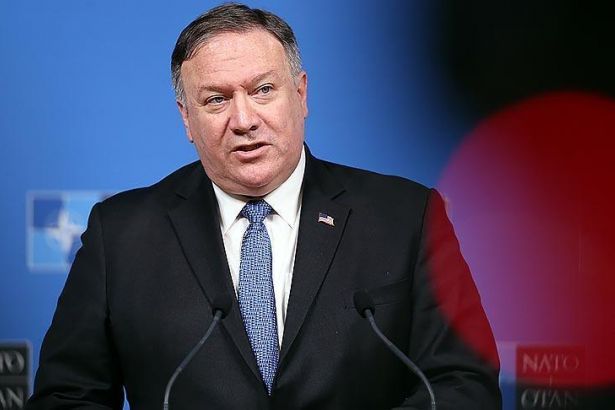 US Secretary of State Mike Pompeo said: "it is the US mission to ensure that the Turks do not slaughter the Kurds in Syria". Pompeo added that there is plenty of issues for Erdoğan and the US to work on to get good results for the US.

Speaking to the conservative Newsmax, the US Secretary of State Mike Pompeo said Washington's priority is to prevent the Turks from killing the Kurds regarding the decision to withdraw from Syria.

"The importance of ensuring that the Turks don't slaughter the Kurds, the protection of religious minorities there in Syria. All of those things are still part of the American mission set," Pompeo told Newsmax.

Regarding Turkey, he stated that there are certain areas that Americans care about and give their support to ensure their safety. " But there are some areas that still worry us" he added. Pompeo said there were still detained US citizens in Turkey.

Turkish government repeatedly demands the US to stop backing the Kurdish forces in Syria. It had accused the US of massively arming the Kurdish YPG, and asked Washington to take back the weapons from the Kurdish militia in northern Syria.

Turkey’s Defense Minister Hulusi Akar said on December 27 that they were in talks with the US officials about the arms supplied to the YPG, Kurdish People’s Protection Units, by the US.

The two governments seem to agree on the eradication of IS from the region for which Trump said he was ensured by Erdoğan to fulfill this task after his decision to withdraw the US troops. However, the diplomatic conflict between the US and the Turkish government over the Kurdish forces in the region seems to continue.

Warmongering: Is it real or bluff?