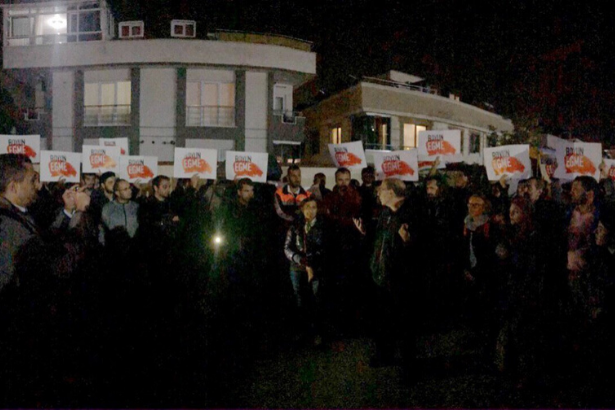 The workers of Maltepe municipality in İstanbul started a protest last week against the poor working conditions, demanding the return of their co-workers who had been sacked. The workers accused the municipal administration of violating the collective labor agreement that had been signed in November 2018.

The Communist Party of Turkey (TKP) paid a solidarity visit to the resisting municipality workers in İstanbul's Maltepe district on Thursday.

The unionized workers have made a statement on Saturday, declaring that they have terminated their resistance following a protocol that was signed between the trade union and the subcontracting firm of the municipality.