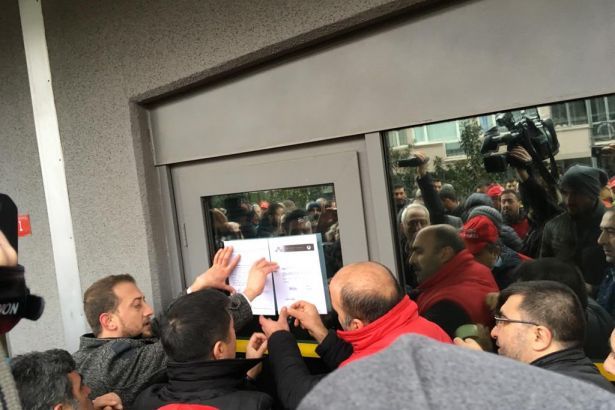 The workers are organized under general municipal workers' union (Genel-İş) affiliated to the Confederation of Progressive Trade Unions of Turkey (DİSK).

About 200 workers working in various units of the municipality gathered in Levent Birlik Park and walked to Beşiktaş Municipality on Nispetiye Street, chanting "Work, Justice, Freedom" and "Our right to collective bargaining cannot be restrained."

Union branch secretary Taner Yayla made a statement in front of the town hall, saying that they had been taking initiatives as a union for four months to use their right to collective bargaining and meet with the authorities in the municipality, but they could not get any results.

We are fighting for the rights of 12 million workers. We demand the minimum wage difference in 2019 to be reflected in the workers' wages, the working time to be limited to 40 hours. This is our legal right. They have a 40-day period, we will use our right to strike if they do not settle for collective bargaining," Yayla said.