Migrant child workers are paid 3.5 USD per day in Turkey

Ankara Occupational Health and Safety Council's study on refugee/migrant workers in Ankara revealed the working and living conditions of these workers, including the children 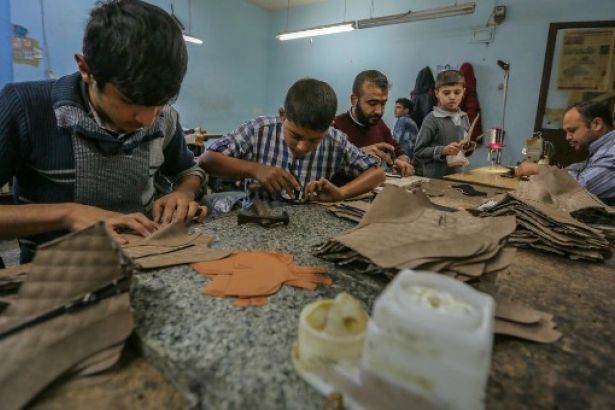 Ankara Occupational Health and Safety Council published a preliminary observation report for "Refugee/Migrant Workers Health and Safety" study started after five Syrian workers were killed by fire that broke out at a furniture factory in Ankara.

The report was prepared as a result of the interviews and observations made in the neighborhoods where refugees mostly live in Ankara.

Syrian workers commonly work in the manufacturing of furniture, unskilled jobs in machine manufacturing, and as street vendors in refugee/migrant neighborhoods. Especially among child workers, collecting waste paper is common. Afghan and Iraqi workers work mostly in the areas of construction.

The majority of refugee/migrant workers interviewed, according to the report, were farmers and craftsmen in their countries.

Refugee/migrant workers generally work weekly and uninsured. The wages start from 200 TL (36 USD) per week depending on their age and experience, and the wages of a small minority can reach up to 600 (110 USD)TL. For child workers, the wages vary from 20 TL (3.5 USD) per day in waste collection to 200-250 TL per week in furniture workshops.

There are no fire escape staircases in Siteler, where at least one refugee/migrant workers work in almost every workshop. Workplaces do not have other types of equipment for ventilation and safety of workers.

The workers say that the Ministry of Labor has come for inspection, it is reported, but the inspection is generally looking at the types of equipment within the workplace (medicine cupboard, etc.). This shows that they ignore unauthorized employment or unregistered work in the inspections.

The biggest problem that refugee/migrant workers experience is that they cannot get their wages due to these insecurities. Because they do not have work permits, even if they complain about what they experienced, nothing changes.