Five Syrian workers were killed by fire that broke out at a furniture factory in Ankara. The Communist Party of Turkey says nationalities of workers don't matter for capitalists 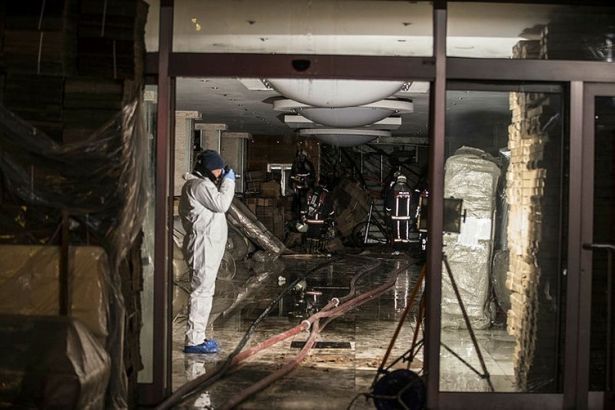 Five Syrian workers were killed that broke out at a furniture factory in the Turkish capital city of Ankara on January 16. Most of the refugee workers are employed informally with very low wages.

Following the deadly incident, soL news has talked with some people residing or working in Ankara’s Altındağ district where the fire broke out. soL revealed that most of the workplaces in the region were employing Syrian workers.

A shopkeeper said that the informal employment of Syrian, Afghan or Iraqi workers was an advantage for the owners of workplaces around the region since they could make bigger profits. One of them told soL, “If I employ a Turkish worker, the costs at least 3000 Turkish liras ($560) for me, including insurance and food expenses. But Syrian costs 1000 Turkish liras ($186),” adding that they were employing Syrians because they also had financial problems.

Most of the workplaces in the region lack fire-escape stairs and fire-resistant protective materials on the buildings, as the workers use heating stoves that increase the risk of fire. According to “official” records, 48 Syrian workers died in 2018.

Some people said that the roads in the region had been icy, and ice-breaking vehicles had been used for the first time following the deadly fire. They said that fire trucks and ambulances had reached the scene of fire very late due to traffic and icy road conditions. A night watchman told soL, “The human life is cheap everywhere; both here and in Soma,” referring to Turkey’s deadliest mine disaster that had killed 301 workers in May 2014.

The Ankara branch of the Communist Party of Turkey (TKP) has released a statement after the deadly fire in the city. “They are nameless. They don’t have the age. They are forced to work precariously under the gravest conditions on the cheap without any kind of humane conditions,” the TKP has said, regarding the killed Syrian workers.

The statement has also pointed out to TOKİ, Turkey’s government-backed housing agency, through which some Turkish capitalists eye for reconstruction projects in Syria, a country where they had supported jihadist groups for years.

The TKP has indicated to the expansionist policies of Turkey’s capitalist class and the Justice and Development Party (AKP) that had a share in Syria’s devastation and the influx of millions of refugees, adding that these refugee workers were employed around Turkey under slavery conditions for the benefit of capitalists.

“The workers who lost their lives yesterday were the victims of particularly the imperialist states and all the countries in the region and of the expansionist greed of their capitalist classes that had turned Syria into a battlefield,” the TKP has noted. The communist party has underlined that Syrian workers share the same fate with Turkish workers, concluding, “Only the rising workers can extinguish this fire!”