Progressives in Turkey have started a petition against the anti-communist resolution adopted on 18 September by the European Parliament. Many lawyers, academics and artists participated in the campaign initiated by the Communist Party of Turkey (TKP) 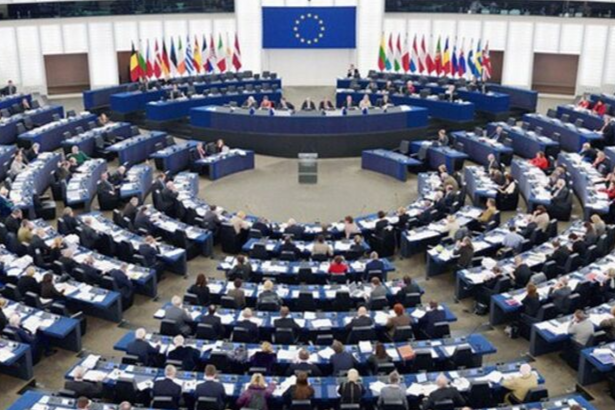 The petition has been signed by 166 intellectuals, including well-known academics, journalists, writers, poets, artists, and lawyers.

The full statement of the petition is as follows:

The resolution "European remembrance for the future of Europe" adopted by the European Parliament on September 18, 2019, came as an outrageous development that equates communism with Nazism under the name of totalitarianism.

The resolution is a very dangerous and unacceptable move that accuses communist regimes of genocide, demonizes communism as an ideology to be criminalized. It deals with the developments that led to the Second World War in a very biased manner and it is evident that it was written with a hostile attitude against the Soviet Union.

The EPs who accepted the resolution should answer the following questions:

Which countries considered the support of Germany to the fascists in the Spanish Civil War in the 30s as a policy of “non-intervention"? Who ignored the Nazis' act of arming their ranks despite all the calls and warnings of the Soviet Union during the same years? Which countries delayed the formation of the Western Front against the Nazis until the last moment and caused the Soviet Union greater losses? Has any of these decisions been questioned for their role in the war, let alone being convicted? Do you think the short-term punishments inflicted on the monopolies, which have grown stronger and are now still powerful, for supplying the Nazis with steel, weapons, and materials during the war, are sufficient?

Why has xenophobia and racism, which is mentioned in the resolution and is now being complained about, risen in the last thirty years, in a world where the Soviet Union is no longer existing and where all its influence is being tried to be eliminated? If it has supposedly democratic elections, why has the European Parliament, which does not hesitate to incorporate racists, xenophobics and misogynists, such a great fear from communism for the future of Europe?

We remind those who are concerned about the division in the European Union: The division you are concerned about will continue as long as classes exist. The capitalist system of exploitation is the main reason for this division. Unless the exploitation is over, the unity of peoples cannot be achieved. A motion that defines the roof of the family of free democratic countries as NATO has no capacity to contribute,  neither to freedom nor democracy.

As intellectuals, progressives, and communists who for decades have been subjected to the oppression, violence, and torture of anti-communist forces in Turkey, we are protesting you.