European Communist Initiative has released a statement against the European Parliament's anti-communist resolution, a result of the escalating anti-communism of the EU 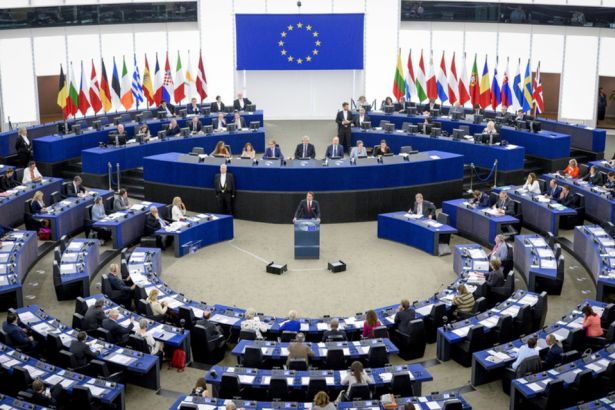 The Initiative of the Communist and Workers' Parties of Europe, namely the European Communist Initiative, has released a statement regarding the anti-communist resolution of the European Parliament.

Distorting the history, the provocative resolution argues that the Soviet Union and the Red Army allied with Nazi Germany, promoting "the unhistorical identification of communism with the monster of fascism, whitewashing the fascists and their actions, expressing hatred for the struggle of the peoples."

The statement of the Initiative calls on all honest people to understand that the authors of the resolution lie consciously. "Hitler's allies and collaborators were actually the monopolies that paved the way for him, which today are supported by the EU as well as a series of bourgeois governments in European countries," notes the statement.

The statement concludes, "All persecutions of the Communists, bans on Communist Parties, destructions of monuments must stop. The truth will shine through and the people, especially the youth with their struggle, will conquer it and throw such constructions of capital and its organizations into the dustbin of History!"

The full statement can be found at: https://www.initiative-cwpe.org/en/news/STATEMENT-OF-THE-EUROPEAN-COMMUN...