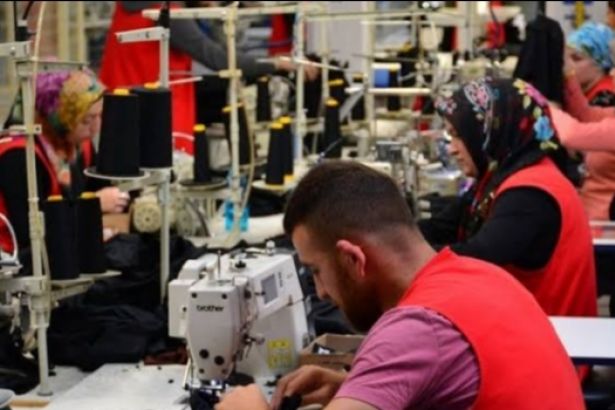 The data revealed by the European Statistics Office (Eurostat) shows that the cost of hourly workforce ranges between 5.4 Euro and 43.5 Euro in EU countries, while Turkey has the third-lowest amount with 5 Euro.

Hüseyin Koyuncu from Euronews reports that the unemployment rate in Turkey increased by 3.1 points, reaching 12.8% and the number of the unemployed is 4,157,000. While 75.4% of the costs of the employees in Turkey is comprised of wages, 17.6% is paid for social insurance payments.

Labor cost per unit, that is, the labor cost that shows the total cost companies pay for employment is far behind the EU countries. The highest calculated labor costs were in Denmark, Luxembourg, and Belgium, while the lowest were in Bulgaria, Romania, and Lithuania.

The hourly labor cost was 5.4 Euro in Turkey in 2016. However, it dropped to 5 Euro in 2018, drawing the country even behind Bulgaria and Romania and making it the lowest in the EU.

The data by the Turkish Statistical Institute (TÜİK) indicates that the hourly labor cost, along with the minimum wage, increased by 59% in the first quarter of 2019 compared to the same period of 2016. The minimum wage, which was 1,647 Turkish Lira ($285) (gross) in 2016, was raised to 2,558 Lira ($444) (gross) in 2019. However, since the Turkish Lira lost value compared to USD and Euro in this period of time, Turkey has become one of the countries with the lowest minimum wage among the EU countries.

In their efforts to be home to the new factory of the German automobile giant Volkswagen, Turkey and Bulgaria also competed with their cheap labor costs. Boyko Borisov, Prime Minister of Bulgaria, underlined the financial stability his country has achieved in recent years, the predictability of their economic policy, and the cheap labor cost, pointing out that Bulgaria is a suitable country for investment.

It is known that investors prefer to utilize their capitals in countries where labor cost is low. Though Bekir Pakdemirli, Turkey’s Minister of Agriculture and Forestry, announced that Volkswagen had chosen Turkey’s western city of Manisa for investment, it is obvious that the real motive behind this decision was low labor costs.