The broad unemployment has risen to 7 million 552 thousand people in Turkey, reaching an all-time high in January 2019, according to the employment report prepared by the Research Institute of the Confederation of Progressive Trade Unions of Turkey (DİSK-AR) 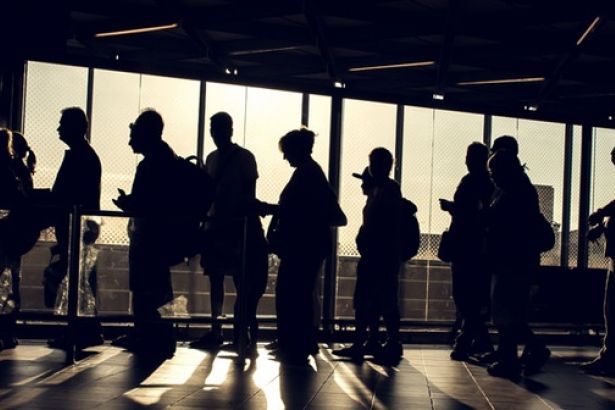 The Research Institute of the Confederation of Progressive Trade Unions of Turkey (DİSK-AR) has reported that the broad unemployment has risen to 7 million 552 thousand people in Turkey, reaching an all-time high in January 2019, while the employment has decreased by 2.2 million.

Evaluating the results of Household Labor Force Survey announced by state-owned Turkish Statistical Institute (TurkStat) on April 15, 2019, DİSK-AR’s report indicates that the current economic crisis in Turkey has created a new army of the unemployed of 1 million 259 thousand.

The report states that as the deterioration in the employment rates caused by the severe economic crisis in Turkey increasingly becomes more visible, unemployment is deeply affected by this economic devastation.

ECONOMIC CRISIS LEADS TO A NEW ARMY OF UNEMPLOYED

According to DİSK-AR’s report, the number of unemployed in recent year has increased by 1 million 259 thousand, employment has decreased by 872 thousand people in the country. As a result of the decline in industrial production and growth, there is a massive rise in unemployment.

In parallel with the huge recession in industrial production and growth, a massive decrease in employment rates continues, according to the report. The annual employment generation capacity of the Turkish economy has seriously declined with the current economic crisis.

According to the report issued by the DİSK-AR, the non-agricultural unemployment rate, which should be primarily taken into consideration in terms of unemployment, has also risen to 16.8% from 12.7% with an increase of 4.1% compared to the same period of the previous year.

As Turkey under the rule of neoliberal Islamic AKP is experiencing a severe economic crisis along with high inflation and unemployment rates, the AKP government, which has set its eyes on the rights and gains of the working class due to the economic crisis, announced a series of anti-labor policies under the name of "economic reform package".

Turkey’s Finance and Treasury Minister and President Erdoğan’s son-in-law, Berat Albayrak, had announced last week an economic reform package. According to the pro-government sources, the economic package has launched in order to "improve the economic situation" of the country.

The package, which prioritizes especially the financial sector, includes injecting funds into state banks, tax adjustments, pension reforms, and loans to strategic sectors, all of which leads to boost capital by more anti-labor policies to save the capital from the economic recession after a currency meltdown resulted in growing bad debts for banks.

The AKP’s so-called "reform" plan also includes the elimination of severance payment as the rights of the working class, and this elimination is expected to benefit the capitalists by giving the employers the opportunity to dismiss the workers without any financial burden.