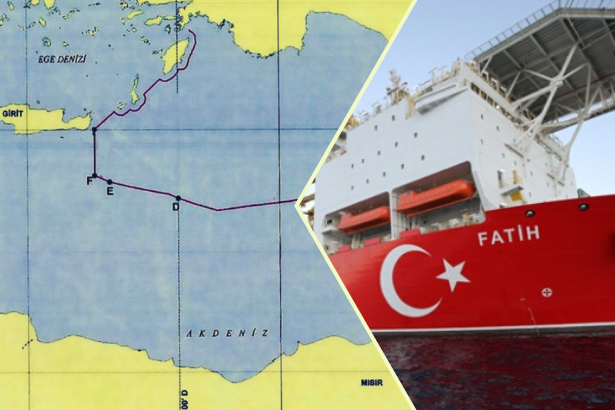 The Greek government has decided to expel Libya's Ambassador to Athens.

According to the statement from the Greek Foreign Ministry, Ambassador Muhammad Yunus Menfi was given 72 hours to leave the country.

As justification for the deportation decision, Athens has shown the accord between Libya and Turkey.

While tensions related to oil and natural gas exploration activities in the eastern Mediterranean, the UN-recognized Government of National Accord (GNA) in Libya and Turkey had signed an agreement on the limitation of marine jurisdiction.

Speaking about the content of the agreement adopted by the Parliament, Turkish Foreign Ministry spokesman Hami Aksoy said: "The agreement was signed in accordance with international law, notably the court decisions constituting international law precedents and the relevant articles of the United Nations Convention on the Law of the Sea.

The Ministry of Foreign Affairs had shared the details of the map determining the maritime borders between the two countries in the Eastern Mediterranean.

According to the map, in the southeast of the island of Crete in Greece, an 18.6-mile-long sea border was predicted between Turkey and Libya.