Athens will seek support from NATO members at the alliance summit to be held in London on Dec. 3-4 over the recent agreement between the Turkish government and the U.N.-recognized Government of National Accord (GNA) in Libya on certain security, military and maritime jurisdiction issues, the Greek Prime-Minister Kyriakos Mitsotakis said on Sunday 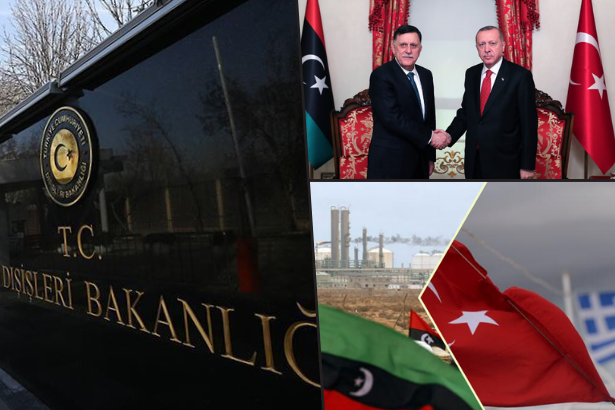 Greek Prime-Minister Kyriakos Mitsotakis made statements on the agreement signed by Turkey and Libya’s Government of National Accord (GNA), an interim government for Libya formed under the terms of the Libyan Political Agreement, a United Nations-led initiative, signed on December 17, 2015.

Stating that Athens will ask for support from NATO at an alliance summit to be held in London on Dec. 3-4 against the agreement between Ankara and the U.N.-recognized GNA of Libya regarding security, military, and maritime jurisdiction issues, the Greek Prime-Minister Mitsotakis noted that NATO cannot remain silent to the violation of international law by its own member.

In his statement after the meeting with the Greek Foreign Minister Nikos Dendias on Sunday, Ahmed Hafez, the Spokesperson of the Ministry of Foreign Affairs of Egypt, had said the ministers are in agreement that the deal signed between Turkey and the GNA is unlawful, and the Prime Minister of the GNA has no authority to sign such agreements.

Greek Foreign Minister Nikos Dendias also stated that any debate on the establishment of an exclusive economic zone between Ankara and Tripoli is completely unacceptable, arguing that the agreement is ‘‘irrational’’ and it shows the co-contracting parties do not have sufficient geographical knowledge.

"The agreement obviously ignores something that everyone can clearly see and the geostrategic factor of Crete," Dendias added.

Last Wednesday, Turkish President Recep Tayyip Erdoğan met with Fayez Mustafa al-Sarraj the Prime-Minister of the Tripoli-based GNA and the Chairman of the Presidential Council of Libya, to sign agreements on the delimitation of maritime jurisdictions as well as security and military cooperation.

The Republic of Cyprus, Egypt, and Greece express that the agreement reached between Ankara and the GNA is against the international law.

TURKISH MINISTRY OF FOREIGN AFFAIRS: ‘ANKARA AND GNA TO NOT ALLOW ANY FAIT ACCOMPLI’

In a statement in response to a question regarding the statements made by Greek and Egyptian authorities on the agreement signed with the GNA on the maritime jurisdiction areas, the Spokesperson of the Ministry of the Foreign Affairs, Hami Aksoy, said, "The agreement is in accordance with the court decisions that create the international jurisprudence and international law including the relevant articles of the United Nations Convention on the Law of the Sea."

"Through this agreement with Libya, the two countries have clearly manifested their intention not to allow any fait accomplish," Aksoy concluded.

Criticizing the agreement, Greece summoned Maiza K.Y. Gzllal, Libya’s Ambassador to Athens in order to divulge the contents of the agreement between Turkey and the GNA on the delimitation of maritime jurisdiction by Dec. 5.

If the demand of the Greek government is refused by the Libyan authorities, Athens will begin expulsion procedures for the ambassador, Agence France-Press (AFP) reported. 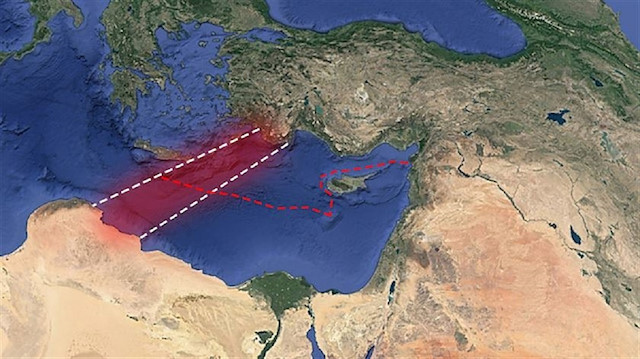 Turkey’s new maritime borders according to the recent agreement between Ankara and the GNA, (Greek Reporter)

Libya has been drifted into a state of chaos since jihadists backed by NATO forces toppled and killed Muammar Gaddafi in 2011.

In April, Egypt, Saudi Arabia and the United Arab Emirates (UAE)-backed Khalifa Haftar, the leader of the Libyan National Army (LNA) and military Tobruk government controlling almost all the eastern part of the country, had ordered his army to advance to the capital, Tripoli, where the U.N.-recognized GNA is based under the leadership of Fayez Mustafa al-Sarraj backed by Turkey and Qatar.

In June 2019, Khalifa Hafter’s LNA had shot down a Turkish drone over Libyan air space, amid escalating tensions between Ankara and Tripoli. Turkey and Qatar supporting the Tripoli-based Government of National Accord (GNA) were excluded from the unofficial meetings held at the Libya Conference in Italy, while the Haftar camp accuses Turkey and Qatar of militarily and financially backing terrorism, including Islamists.

Another dimension behind the escalating tensions after the agreement signed between Ankara and the GNA is related to the long-argued claims of the Greek and Turkish governments to oil and gas reserves off the disputed island of Cyprus. Turkey’s intensified drilling operations in the Eastern Mediterranean in recent months have led the conflict to increase, as Athens and Greek Cypriots accuse Ankara of violating their sovereign rights. 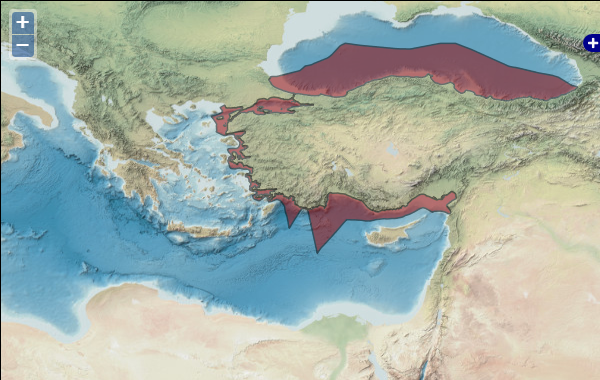