Turkish President Tayyip Erdogan met with the ambassadors of the EU countries, with clear ambition on the EU membership of Turkey. 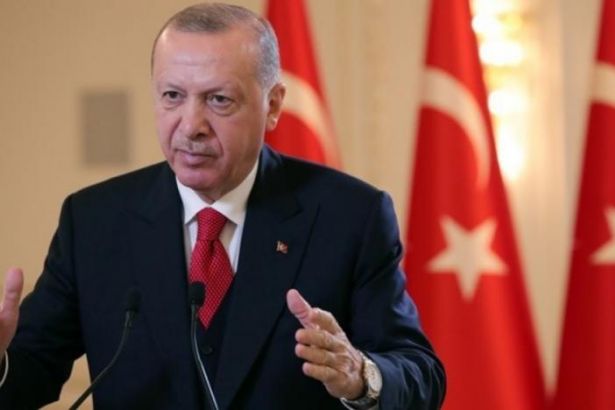 Turkish President Erdoğan met with the ambassadors of the EU countries at Çankaya Palace in the capital city Ankara. Meeting with the ambassadors, Erdoğan underlined Turkey’s commitment on the full EU membership over 60 years and envoys to support “a new page” in Turco-EU relations: "Just as our country's nearly 60-year membership process is a strategic choice for us, the EU’s acceptance of our country to full membership will also be an ontological choice for the future of the union."

AKP as ‘a Silent Revolution’ for Democracy

“A silent revolution” Erdoğan claimed his era since 2002. AKP government changed 2/3 of the constitution and erased the legacy of the coup d’état (referring to the 1980 coup), Erdoğan said. Turkey, where has been suffering from the coups and military governments, got in the line of the ‘advanced democracy’, according to the Turkish president.

On the other hand, the Turkish government has been quite oppressive in any form of opposition such as strikes or protests.

On Eastern Mediterranean and Cyprus

Erdoğan defined the tension over the Eastern Mediterranean between mainly Greece, and EU countries as “strategic blindness” while inviting the Greek side to decrease the tension over air space violation and disputes over the Aegean islands.

Moreover, Erdogan requested ‘an intimate self-critique’ of the EU on the Cyprus issue, by reminding that the full acceptance of Cyprus into the EU, despite the fact that Greeks said 'No' to the 2004 Annan Plan, was not fair.

Erdogan also reiterated the anti-Muslim prejudice and raising anti-Muslim attacks in the EU countries, adding that "In addition to threatening the security of nearly 6 million people living in Europe, Islamophobia is turning into a big black hole in terms of European values."