Police threatened Cargill workers, who wanted to make a statement before the Ministry of Agriculture, saying, "We are the power of the state, we will show you what we can do there." Police detained the workers. 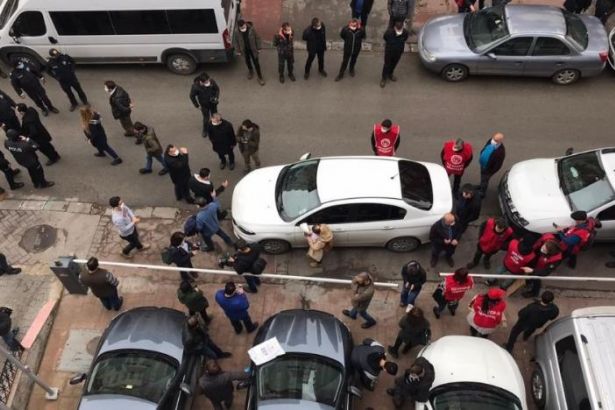 Dismissed from Cargill for joining a trade union, the workers were not allowed to make a statement in front of the Ministry of Agriculture and Forestry on the 1000th day of their resistance. The police threatened the workers, "We are the power of the state, we will show you there what we can do, don't worry."

The union officer, who made a statement in front of the union building, said, “Cargill fired 14 workers in 2018. As a result of the lawsuit, 12 workers were found justified, they ruled that they were dismissed due to union activities and gave a reemployment decision. Cargill refuses to enforce the court order. Our resistance will continue until the reemployment demands of the workers are met. They prevent us from making a statement in front of the ministry due to the pandemic. We are right, we will continue until we get our rights. We will spend the night outside here, if necessary, we will sit on the sidewalk in the cold of Ankara. We are resisting for our honor and we will not stop resisting ”.

The police intervened in the workers’ protest and detained all of them.