The European Court of Human Rights (ECHR) has decided to take interim measures against Turkey at the request of Yerevan following the recent ongoing conflicts between Armenia and Azerbaijan over the disputed Nagorno-Karabakh region. 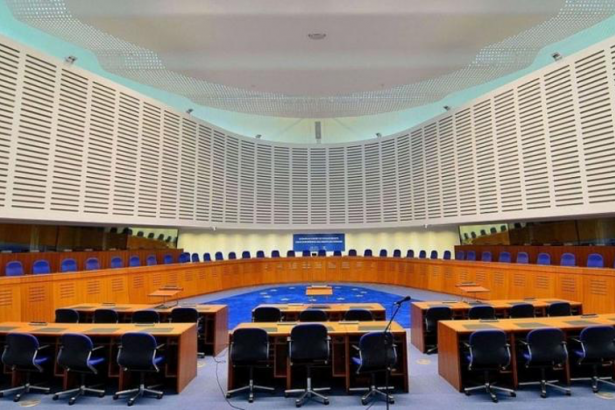 After the Armenian government on Oct. 4 requested the European Court of Human Rights (ECHR) to take interim measures against Turkey over its involvement in the recent Nagorno-Karabakh conflict between Yerevan and Baku causing civilian casualties, the ECHR announced in a press release on Oct. 6 that Armenia’s request was registered following examination of a chamber of seven judges.

‘‘Taking account of the escalation of the conflict, the Court has decided to apply Rule 39 of the Rules of Court (interim measures) again. It now calls on all States directly or indirectly involved in the conflict, including Turkey, to refrain from actions that contribute to breaches of the Convention rights of civilians, and to respect their obligations under the Convention,’’ the ECHR underlined in its press release.

The Court reiterated in its report that on Sep. 29 it had called upon both Azerbaijan and Armenia to refrain from taking any measures, in particular military actions, which might entail breaches of the Convention rights of the civilian population, including putting their life and health at risk.

‘‘The ECHR also called upon both parties to comply with their engagements under the Convention, notably in respect of Article 2 (right to life) and Article 3 (prohibition of torture and inhuman or degrading treatment or punishment) of the Convention,’’ it was noted.

In accordance with Rule 39 of the Rules of Court, the Court may indicate interim measures to any State Party to the European Convention on Human Rights.

The ECHR defines interim measures as ‘‘urgent measures which, according to the Court’s well-established practice, apply only where there is an imminent risk of irreparable harm’’.

The Armenian government, on its behalf and on behalf of the Republic of Artsakh, the de facto autonomous state in the disputed Nagorno-Karabakh region, had applied to the ECHR demanding interim measures be taken against Turkey’s involvement in the conflict, accusing Ankara of supporting attacks against the civilian population and civil infrastructure in Armenia and Artsakh, which constitutes a violation of international humanitarian law and the European Human Rights Convention, Armenia’s mission to the ECHR had stated on Sunday.

Upon the ECHR’s decision at the request of Yerevan, the Spokesperson of the Turkish Ministry of Foreign Affairs, Hami Aksoy, made a statement, saying that the Court’s move dealt a blow to its credibility and reputation as it lacked a judicial basis by adopting this decision based on social media posts and press reports submitted by Armenia to promote its groundless allegations and by no means requesting our Government’s observations.

‘‘The decision adopted by the ECHR at the request for an interim measure lodged by Armenia against Turkey in the context of Armenia’s attacks on Azerbaijan is entirely devoid of the legal basis,’’ Aksoy stated.

Underlining that ‘‘While calling on all parties directly or indirectly involved in the conflict, and in this context also on Turkey, the ECHR has acted on political motives, showing that it is disconnected from realities on the ground,’’ Hami Aksoy, the Spokesperson of the Turkish Foreign Ministry, concluded, ‘‘With this decision, the ECHR has unfortunately become an instrument to the efforts of certain circles to abuse the law and tarnished the reputation that it has built in its 70 years of history in the field of human rights.’’

Baku and Yerevan have declared martial law and a total military mobilization following the re-erupted conflicts over Nagorno-Karabakh last week, as many soldiers and civilians have lost their lives since the beginning of the heavy clashes in the region on Sept. 27.

Nagorno-Karabakh, a region internationally recognized as part of Azerbaijan but controlled by ethnic Armenians, experienced flare-ups of violence in the summer of 2014, in April 2016 and July 2020.

The conflict between Armenia and Azerbaijan over Nagorno-Karabakh, where had been a territory belonging to Azerbaijan before the break-up of the Soviet Union,  broke out in 1988 after the Nagorno-Karabakh Autonomous Region declared its withdrawal from the Azerbaijan Soviet Socialist Republic (ASSR).

In 1992-1994, conflicts between Yerevan and Baku intensified and turned into large-scale mutual military aggression for control over the region.

Peace talks on the resolution of the Nagorno-Karabakh conflict have been ongoing since 1992 under the OSCE Minsk Group, led by Russia, France and the United States.

"A class of leeches profits over blood of poor": Kemal Okuyan on Armenia-Azerbaijan clashes

Nagorno-Karabakh: An old case with a new look