Nagorno-Karabakh: An old case with a new look

Ex-diplomat from Turkish Foreign Ministry Engin Solakoğlu writes on the latest conflict between Azerbaijan and Armenia over the disputed Nagorno-Karabakh region for soL news. 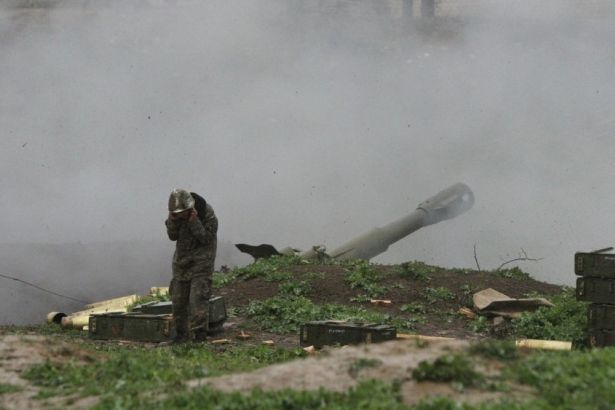 Turkish ex-diplomat Engin Solakoğlu commented on the large scale military hostilities along the line of contact in the Nagorno-Karabakh conflict zone. Solakoğlu argues that it is not easy to estimate how long the conflict will last and what the result will be and adds, ''But it will not be fortune-telling to say that Russia will decide it, not the imaginary missiles that some inhumane political cheerleaders desire to send on the civilians.''

Just as we were saying that “Let 2020 end and let us have some breath”, just as we had less than 100 days left for the new year, we were startled by the cannon fire coming from our Northeast. As is the custom, the two sides are blaming each other about who fired the first shot. Apart from this, we can see that Azerbaijan, who was complaining about the status quo, started an extensive operation and Armenia and the Nagorno Karabakh administration have retaliated in the same manner.

IS ARMENIA THE VICTIM?

We come across many analyses in the Western media and its Turkish appendage, which point at “the third proxy war between Russia and Turkey.” However, the Nagorno Karabakh issue has different dimensions. First of all, one should stay away from reflexes, which can be summarised as “Azerbaijan attacked Nagorno Karabakh, the Armenians are the victims, one should take sides with the victim.”  The issue is not limited to Nagorno Karabakh, whose right to self-determination should be discussed and a solution be found. Seven provinces of Azerbaijan are under the occupation of Armenia and approximately one million people from these provinces have been living as refugees in their own country. There is no problem in pointing to the sins of the Azerbaijani administration, which is a nepotic one, to put it mildly; but the primary reason for these people to become refugees is Armenia’s occupation.

What is Azerbaijan doing?

I think that Azerbaijan wants to take his seven provinces back, and to sit at the possible negotiation table having a stronger hand. The circumstances are very suitable. From the Minsk Group, the USA is not interested, the EU countries are ineffective, Russia has other intentions on the region. I believe that comments such as “Turkey provoked Azerbaijan, and sent to the front several hundred or thousand jihadists from Syria” are not very realistic. Without a doubt, Azerbaijan was given at least an amber light by Russia, which is enough to start this war. And then turned to Turkey and received backing from the AKP administration. And then launched the operation.

The advice to read volumes of books should be given to those who believe that a military operation of this scale, in the Southern Caucuses, can be started beyond Russia’s knowledge and consent. Simply put, the Putin administration’s calculation is to teach Pashinyan a lesson for opening the distance with Russia; to allow four or five days to Azerbaijan for taking back her provinces under occupation; then to bring the Nagorno Karabakh issue back to the negotiating table; and have it procrastinated for years, in order to guarantee the continuation of Russia’s presence in the region.

WHAT IS TURKEY'S ROLE?

There is no plausible proof that the Turkish administration, as Armenia claims, has had a provocative role, that it suddenly pushed Azerbaijan to the front. Without a doubt, the AKP administration is very glad that this old war has come to life with a new look. This development will bring political and economic profit. There is no better opportunity for nationalist exploitation and power consolidation than a war between Azerbaijan and Armenia. In the economic dimension, the cash flow from the sale of arms will be a lifeline support for the Treasury, that has become completely empty by the great successes (!) of the Ministry of Economy.

To sum up briefly, Azerbaijan launched this operation with Russia’s consent. Turkey is not confronting Russia in this process; she is willingly supporting the play directed by Putin and starred by Azerbaijan, the “friend and sister”. In other words, those who expect a duel between Turkey and Russia in this conflict will be disappointed.

Armenia, who had mostly profited from the status quo, will aim at stopping Azerbaijan’s offensive as soon as possible and by inflicting casualties as much as possible; and to prevent the adversary from repeating it in the short term. On the other hand, she will speed up the messages of being “the underdog and the victim” and turn Turkey, who has used up its capital of being likeable, into a target. Moreover, through its use of the Armenian diaspora, she will push the Western countries to have a more active stance in the region.

In recent years, Azerbaijan has used her income from fossil fuel to make the family even richer and for armaments; not for her people’s welfare. On the other hand, Armenia has been fighting poverty for a long time; hence losing a part of her population. Although Azerbaijan has an overwhelming firepower superiority, it is useful to note that arms do not always decide the results of wars.

It is not easy to estimate how long the conflict will last and what the result will be. But it will not be fortune-telling to say that Russia will decide it, not the imaginary missiles that some inhumane political cheerleaders desire to send on the civilians.

As a conclusion let us say, the fact that being once oppressed does not entitle people to later become oppressors. The final answer to those wandering around shouting “We are all …” comes from one of the most patriotic people of this land, Hrant Dink: “The solution of the Karabakh issue is possible only by the withdrawal of Armenia from the land she has occupied.” (Dink was a renowned Armenian intellectual in Turkey. He was assassinated by fascists in 2007.)