Debts of Turkish companies declaring concordat should be undertaken by state: Chamber of Commerce 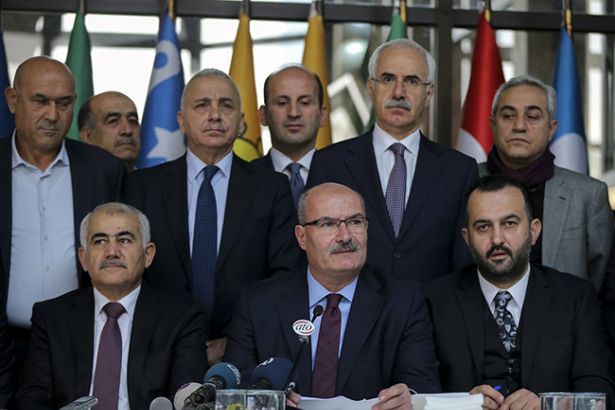 Turkey's Ankara Chamber of Commerce President Gürsel Baran spoke about the increasing number of concordatory declarations of the companies in Turkey, arguing that the debts of the companies should be undertaken by the state in order not to save the creditors.

"When a company declares concordat in Europe, and if this demand is accepted, the state takes over all the assets of the firm - that is, the shop, cars, houses - and takes over the debts, and the owner of the company is salaried to minimum wage," says Baran and states that the state pays their debts, so the creditors are not victims of the situation and the functioning of the market goes on the normal way.

"If the company can pay back its debts at the end of the concordat period, the process is completed by returning the goods back" he adds. Baran also states that they want to propose the model applied in Europe.

The company in financial difficulties goes to the executive court of law. Although the bankruptcy postponement period is 1 year, the 3-month period is recognized in the concordat. During this time, the concordat commissioner appointed by the court sits around the table with the creditors.

Creditors are offered to waive a certain amount of the debt. The court decides on concordat upon the acceptance of the proposal by the individuals and enterprises representing two-thirds of the amount of the receivable.  If the commercial court approves the decision, the debts are paid within a specified time. However, if the court does not certify the decision, a direct bankruptcy decision is issued against the company.

Last year, the workers at the Elbow Grease Project Solutions (ELM) dealing with furniture, upholstery, metal processing, and painting in Bursa Organized Industrial Zone, contacted 'We're Breathing Down the Bosses Neck' Network led by the Communist Party of Turkey (TKP), claiming their rights were seized and they were forced to resign.

ELM  company, which forced 30 workers to unpaid leave for 15 days, did not take them back on their return and said that the firm declared concordat. It was reported that the firm was transferred to a commissioner authorized by the state and that they could not reemploy these 30 workers.