“In the full sense of the word, there are the dictatorships of capital in the UK, France, and Germany. The fact that some authoritarian personalities come to the fore in some countries does not change this class basis. The dictatorship of capital prevails in Turkey, too. Those who call Maduro a “dictator” have nothing to do with classes. They have a strange understanding of dictatorship. The Maduro administration could be criticised in many aspects, which we are doing when required. However, calling Maduro a dictator today means lending a hand to the imperialist coup” 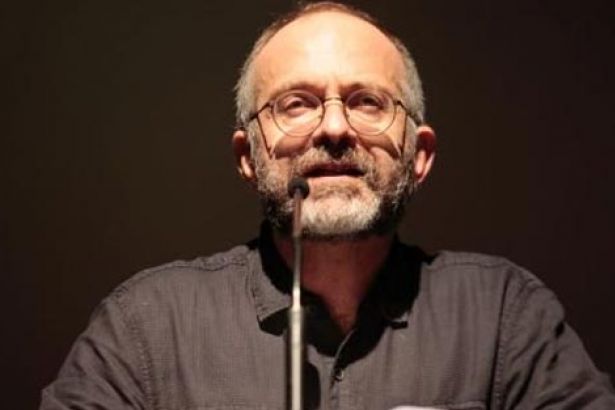 soL news interviewed Kemal Okuyan, the General Secretary of the Communist Party of Turkey (TKP), about the recent developments in Venezuela, the Latin American country that is face to face harsh attacks of the US and its allies.

Sharing his party’s views on what is taking place in Venezuela after the Donald Trump administration has recognized opposition leader Juan Guaido’s self-claimed presidency, Okuyan described Guaido as a US-designated project amidst the calls from Washington for civil war or military coup in the country.

Underlining that Venezuela had reached a crossroads following former President Hugo Chávez’s pro-people policies against the US imperialism, Okuyan said that the Latin nation could not move forward at the critical turning point. Okuyan also answered the questions of soL regarding what lies behind the Turkish President Recep Tayyip Erdoğan government’s support for the Venezuelan administration, and the ongoing debates in Turkey whether Nicolás Maduro is a dictator.

Where do you think will the process go?

The competition within the imperialist world is charging energy into all of the entire tension fields every day. After a certain point, it might be impossible to control these tensions. A calculation error, an unexpected development… Therefore, the case of Venezuela may trigger a more comprehensive conflict. A very important development is taking place here; the axis of the US and the EU, which could not reach a synchronization in the cases of Crimea and Syria, has acted very quickly. There are many uncertainties, yet the European Union has somehow said, “We are rogue, too”. On the other hand, they all together may be unable to carry through their move. This move may lead to the opposite way in Venezuela, and the people may move forward in order to solve the contradictions I have talked about. Above all, there is a highly politicized society. Attempting to discipline such societies with hunger would not produce the desired result all the time. After all, the working people of Venezuela will decide.

The debate in Turkey is going on over whether Maduro is a dictator; some people on the left-wing say that they are against the US imperialism, but Maduro is a dictator. Saying “We are on the side of the Venezuelan people” whilst indicating to the dictatorship would not mean supporting the opposition?

One should carefully approach to the term of “dictatorship” whilst describing a government, a country or a person. Above all, it extremely personalizes the situation. It conceals the class characteristics of governments. Today, there is no country in the world, where dictatorship does not prevail. In the full sense of the word, there are the dictatorships of capital in the UK, France, and Germany. The fact that some authoritarian personalities come to the fore in some countries does not change this class basis. The dictatorship of capital prevails in Turkey, too. Those who call Maduro a “dictator” have nothing to do with classes. They have a strange understanding of dictatorship. The Maduro administration could be criticized in many aspects, which we are doing when required. However, calling Maduro a dictator today means lending a hand to the imperialist coup.

Some explain the poverty of the Venezuelan people with Maduro’s policies. However, the US has been funding the opposition for many years, turning famine into a common problem with economic sabotages. How do you evaluate such views although many reports and analyses have been published in this respect over the years, considering that it is very easy to access to information.

Do they publish news about pre-Chávez Venezuela? Social injustice hit the top at that time. Many important steps in favour of the poor were taken in the 2000s, which no one can underestimate. The problem at this point is that leaving international monopolies injured is the most dangerous thing to do. Venezuela surrendered to its indecisive policies. If you completely break the back of capitalism, yes, you would face a bigger blockade but you can increase your resistance. You can also develop your economic relations by benefiting from the contradictions of the imperialist world. Cuba is doing so; it accomplishes despite being under pressure. Today, Venezuela’s economy is very fragile and open to the interventions of the US imperialism. And the US says, “You’ll starve if you don’t bow down to me”. It would be disgusting to help such a perception. It would mean making fun of the people’s aspirations for establishing another world. Surrender to the US and the EU, then welfare comes? You see how the world looks like after it surrendered to imperialism, the US or the EU! Humanity will not bow down to this impudence. Yesterday was the anniversary; the German fascists had tried to siege Leningrad with starvation after they had failed to defeat the city during World War II. Hundreds of thousands had died of starvation, yet humanity did not die but resisted.

What do you think about the support of AKP for Maduro? What is behind this support?

There are two basic issues. One is that Turkey’s capital met Venezuela while searching for new economic resources in the crisis environment. You could understand the importance of the issue if you look up how many airlines in the world are flying to Caracas. From the point of Venezuela, economic relations with Turkey are big opportunities. Precious metals, construction, energy… It’s not just that. [Turkish President] Erdoğan does not want the US to be capable of changing governments whenever it wants. He saw what that means during the coup attempt [in Turkey] in 2016. This is very interesting in the case of such a politician who came to the power with the US support. Yet we need to underline a fact. It would be absurd to question or oppose the Venezuelan government just because the AKP supports it. Independently of its reasons, Erdoğan’s support for Maduro prevented NATO from acting as a bloc, which is something good. Later on, Tsipras showed a similar approach. Contradictive approaches from two NATO countries. Wish a bigger fracture for them…

Is there any similarity between the coup attempt in Turkey in 2016 and the developments in Venezuela?

From some aspects, yes. One of the wings of the US administration was behind the coup attempt in 2016, and Fethullah Gülen was assigned for this coup attempt. TKP stated this at that very moment. [Erdoğan’s government] knew about the attempt etc., these are some details after a certain point. July 15 was a pro-US attempt. “Why would the US make a coup against Erdoğan?”. This question sounds like a joke. [Turkey’s former president and prime minister] Süleyman Demirel had been one of the most reliable politicians for Turkey’s capital and the US, he had been ousted twice by unquestionably pro-US military coups. Those who claim that Erdoğan staged a self-coup on July 15 presumably think today that all the ongoing problems with the US are “fake”. It seems that they are unaware of the intra-imperialist contradictions, and the scope of the ongoing crisis. Moreover, they are just seeing the weak aspects of the capitalist class in such a country governed by the AKP; we have a desirous, ambitious, fat capitalist class that is searching for new opportunities all the time, such a competitive class with high maneuverability. One should be very clear. We are against all the imperialist interventions and projects against Turkey. All the interventions of the US and the EU under the guise of freedom, democracy, peace, and solution would stand for anti-people attacks. If we do not stand against these attacks, how shall we object tomorrow if the same government or any other one refers to a “strategic partnership” with the US? This also provides the government, the performer of the class dictatorship in Turkey, with big opportunities, helping it cover up its reactionary and pro-market stance by means of the term of “foreign enemy”. Turkish left should claim its anti-imperialist traditions to the end. Emancipation is at home, it will come with the rise of the working people in Turkey. Today, as we, TKP, are commemorating our 15 comrades who were murdered 98 years ago, we say: Down with imperialism, down with the order of exploitation!