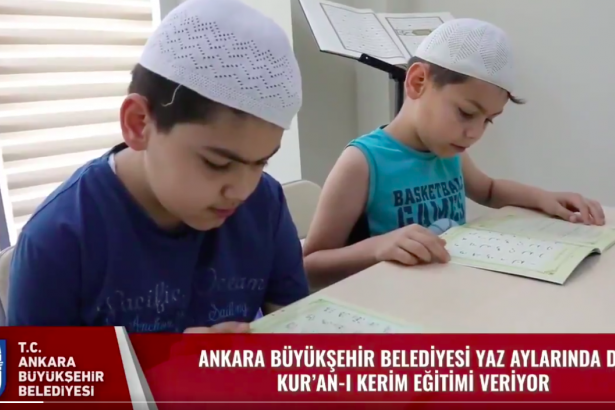 The Quran courses organized by Turkey's Religious Affairs Presidency (Diyanet) are held at Family Life Centers of the municipality in Ankara. Teenagers and children attend the courses. The so-called secular opposition Republican People's Party (CHP) rules the municipality of Ankara.

"Children and teenagers from the metropolitan capital show great interest in the summer-time Quran courses held at our Family Life Centers. Basic religious knowledge is taught in the courses with the curriculum designed by the Religious Affairs Presidency," Ankara Metropolitan Municipality announced via social media.

Psychiatrist Selma Polat Özdemir talked to soL news about how religious education influences child development, which, she said, would cause irrecoverable damages on the psychological development of children.

"Children start to comprehend abstract concepts and their reasoning skills start just before adolescence period. Their cognitive functions run full capacity after the age of 11-12 and their thinking skills become more complicated. They relate abstract concepts with concrete ones, and they can create new concepts," Özdemir said regarding the development of children.

According to Özdemir, children try to understand such abstractive concepts as conscience, ethics, faith, and values during their religious education, adding that educational approach should not be oppressive and frightening but simple and scientific.

"The intensification of religion classes cause strict superegos in children," the psychiatrist warned, adding that these courses lead to some different psychological problems among children and teenagers.